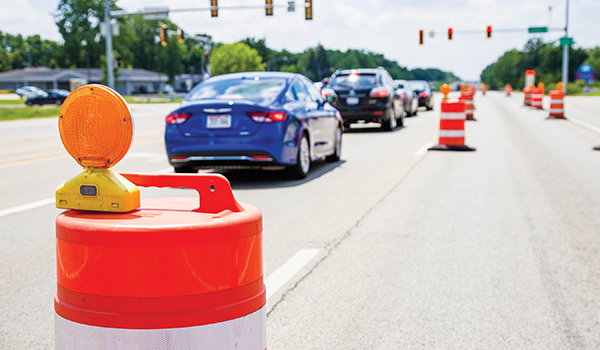 SOUTHWEST MICHIGAN — For many, the Fourth of July weekend brought family gatherings, fireworks and general merriment. However, to many area law enforcement agencies, the holiday also brought with it an increase in traffic accidents and citations.

In Cass County, the extra patrols came with an increase in traffic stops, accidents and citations.

Behnke said the numbers were “much higher” than a typical, non-holiday weekend.

“Fourth of July brings about a 30 percent increase in our population,” Behnke said. “Cass County has 140 lakes, and a lot of those are occupied on holidays by people out of town or in short-term rentals. You have extra cars out and extra people out on the water. There’s more traffic than people are used to. That results in an increase.”

Across county lines, The Berrien County Sheriff’s Department also increased enforcement over the holiday weekend using a grant from the Michigan Office of Highway Safety.

Despite increased enforcement, the weekend numbers do not represent a significant increase in traffic incidents over a typical weekend, Boyce said.

Over the weekend, the Berrien County Sheriff’s Office responded to two traffic fatalities, one in Sodus Township and one in Royalton Township. Boyce said neither appear to be alcohol related.

“Those numbers are pretty high,” Schoonveld said. “We put a lot of focus into traffic enforcement and trying to slow people down. … We want to make sure that people are getting to their holiday celebrations safely and getting home safely.”

“We have a lot of people coming in from the cities for vacation,” he said. “It gets busy on all weekends during the summer, but holiday weekends especially.”

During busy holidays like the Fourth of July and the upcoming Labor Day weekend, both Behnke and Schoonveld said residents can take steps to keep themselves safe on the roads.

“Be patient,” Behnke advised. “You may have to be at a stop sign longer than normal. Make sure to take the extra time you need to get from point A to point B, so you are not in a rush.”

Schoonveld said there are several things residents can do to prevent traffic crashes or to lessen their severity if they do happen.

“The first thing is always to wear your seatbelt,” he said. “Number two is to watch your speed. The higher the speed, the greater the risk of injury in a crash. Three is just to stay aware. Be aware of motorcycles that can be hard to spot. Then, finally, as always, don’t drink and drive. It’s not worth it. If people really focused on those things and followed the rules, we would see a lot less crashes and a lot less severe injury crashes.”

SOUTHWEST MICHIGAN — As of Monday, Berrien County reported 13,967 COVID-19 cases and 274 deaths, according to the Michigan Department... read more