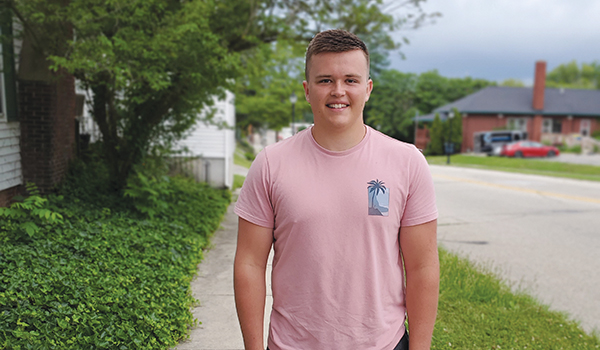 EDWARDSBURG — Edwardsburg High School recently proved that its students are some of southwest Michigan’s best and brightest as a student took home a third-place finish in a national competition.

EHS senior Ben Miller, of Niles, recently earned third place in Microsoft’s Microsoft Office Specialist U.S. National Championship. Presented by Certiport, the competition tests students’ skills on Microsoft Office Word, Excel and PowerPoint. The top students in each state are invited to compete in the national championship, which was hosted virtually this year due to ongoing concerns surrounding the COVID-19 pandemic. The awards ceremony was hosted June 23.

Miller’s third place win earned him $750, a bronze medal of achievement and a winner’s certificate.

Miller got involved in the competition in 2019 through a business tech course at EHS, where he took certifications through Microsoft for Office programs. When he took the certification test, he earned a perfect score. He later earned the top spot in Michigan for the MOS National Championship. He qualified for the 2020 national competition, but the championship was canceled due to COVID-19. In 2021, Microsoft opted to put 2020 and 2021 competitors into the same pool.

Out of hundreds of thousands of competitors, Miller placed third in the national competition.

“I’m glad to have been able to do it, and I’m glad the school offered the opportunity for those certifications and opened that door for me,” he said.

Miller said he would not have been able to do as well as he did without the support of his school behind him.

“They supported me the whole way,” Miller said. “I couldn’t have done it without them.”

After he completes his senior year of high school, Miller plans to study aerospace engineering at a to-be-determined school. Though he does not know all the details of his future, Miller know he will continue to the skills he learned through the MOS National Competition in his day-to-day life.

“Those tools are really useful for everything from spreadsheets to making budgets,” he said. “I will continue to use them and try to learn as much as I can.”

SOUTHWEST MICHIGAN – As loud bangs and cheers are heard around the area this weekend, area animal shelter workers are... read more