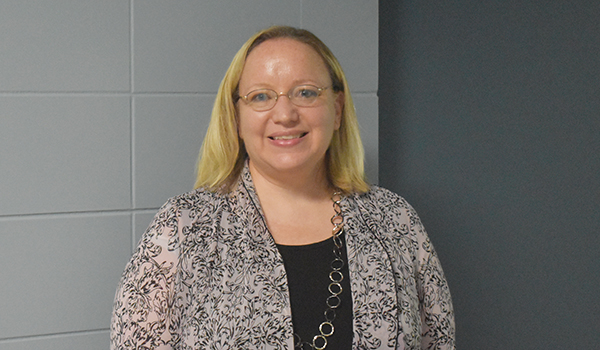 Tammi Preston was approved by the Board of Education Monday as the new principal of Sam Adams Elementary School. (Leader photo/SARAH CULTON)

CASSOPOLIS — New faces will be walking the halls at Cassopolis Public Schools this fall.

At a special meeting Monday evening, the Cassopolis Public Schools Board of Education approved the hiring of Tammi Preston as principal of Sam Adams Elementary School. The position was previously held by Deb Stermer, who was hired in 2018. The board also approved two other new hires Monday.

According to Board President Deb Deubner, the hires were recommended by a hiring committee that included teachers and administrators.

Preston, of Vicksburg, comes to Cassopolis Public Schools after 23 years at Sturgis Public Schools. Throughout her career, she has primarily worked with elementary-aged children as a kindergarten teacher, special education instructor and educational coach for English as a Second Language programs.

Preston said she was drawn to the Cassopolis school district by its new tech and project-based learning programs.

“I do a lot of that in English as a Second Language, so I thought it would be a nice mix,” she said. “When I interviewed, I felt really good with the culture here, so I’m really looking forward to working with the staff.”

Until the fall, Preston said she will be visiting the summer school program to get to know students and working with staff to prepare for the upcoming school year.

“My first hope is to get to know everybody and build relationships with staff and students,” she said. “I want to see where we are at and continue to build on that. With the new tech and project-based learning, I think we can make a great influence on our kids’ future.”

Following hirings, the board moved into a closed session that lasted nearly two hours. After the meeting was reopened to the public, no action was taken.

CASSOPOLIS — This week, Cass County children got a taste of life on a farm as they interacted with goats,... read more