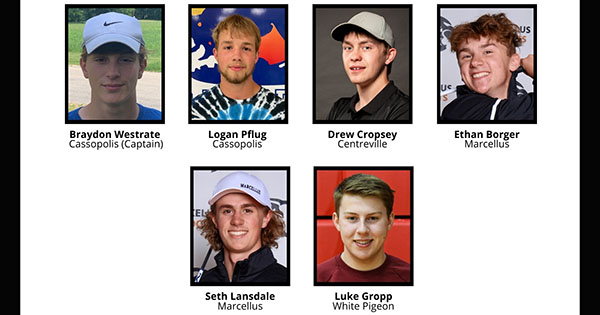 Braydon Westrate was named captain of the all-conference golf team.

He was joined on the first team by Logan Pflug. Marcellus also had a pair of picks — Ethan Borger and Seth Landsdale.

Kendon Williams was Cassopolis’ only All-Southwest 10 baseball team member. He made the first team.

Ethan Makowski and Brandon Bruno, of Decatur, were first team picks, as was Marcellus’ Gavin Etter.

Making the second team for the Raiders were Andrew Confer and Gavin Boodt. Brendan Beard and Nolan Robinson were named second-team for the Wildcats.

Cassopolis’ Caitlyn Steensma was a second-team pick on the All-Southwest Conference softball team.

Second-team selections for the Raiders were Riley Coulson and Morgan Hall. Second-team picks for the Wildcats were Emma Holmes and Rachel Mihills. 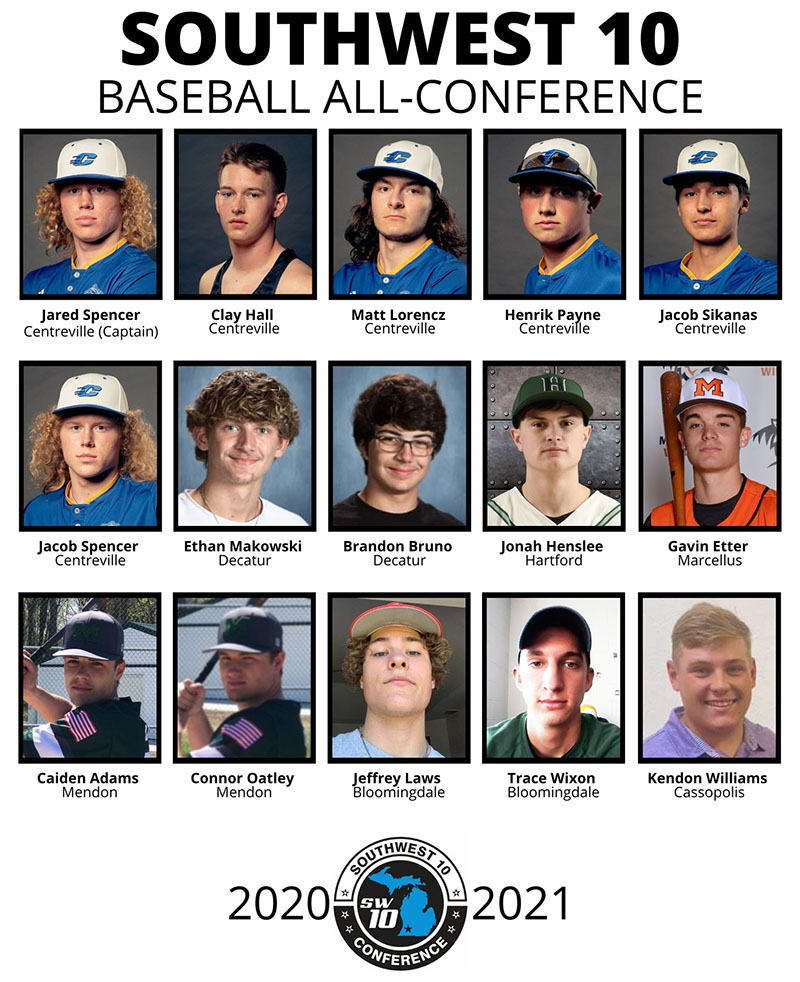 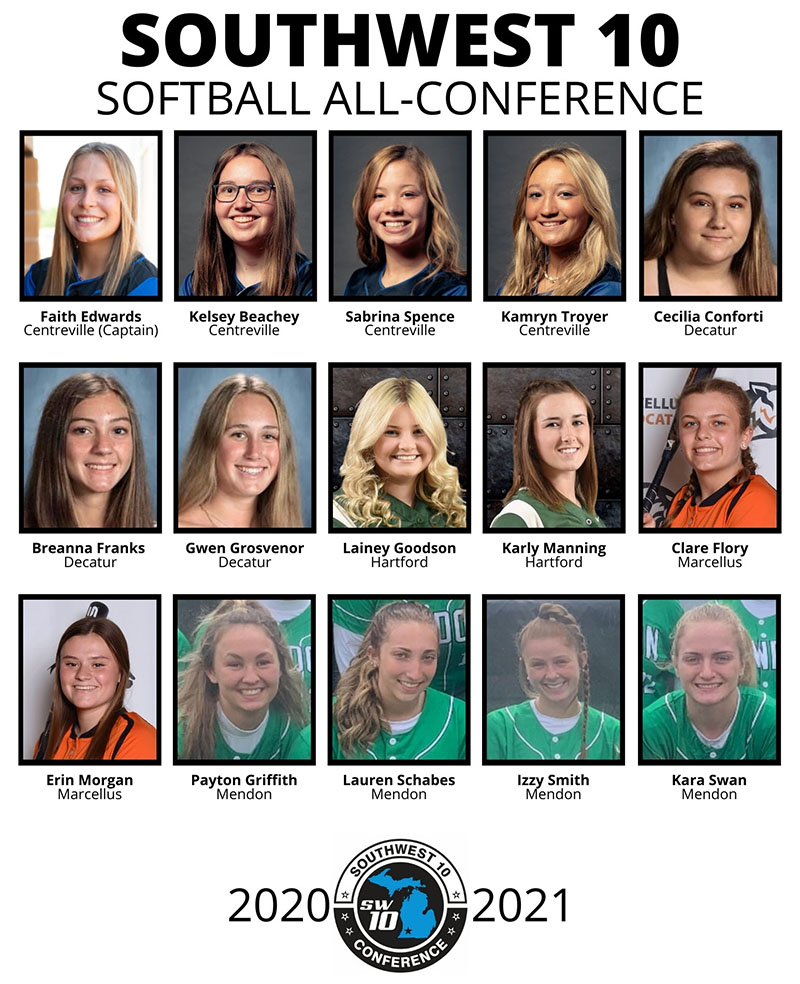