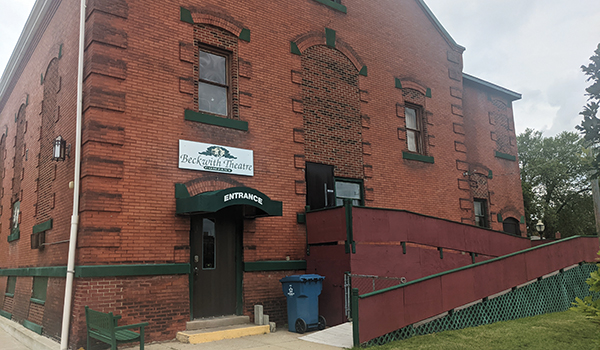 DOWAGIAC — After months of waiting, the curtain will once again rise for a local theater group.

The Beckwith Theatre Company will be hosting “So, Julyk Improv?” Friday, July 9 and Saturday, July 10, its first event in more than a year.

The events will feature family-friendly shows at 7 p.m. and R-rated shows at 9 p.m. on both nights.

Due to the COVID-19 pandemic and restrictions on indoor gatherings, the Beckwith Theatre Company board canceled the 2020 show season. The theater’s last show was a February 2020 improv show.

“We have been chomping at the bit to get started,” said Beckwith Theatre Company board member Jennifer Shoemaker. “We all want to be back on stage and in the theater.”

According to Shoemaker, the improv troupe — composed of Dowagiac area residents — began preparing roughly one month ago.

“Our goal is to make people laugh,” she said. “It’s all off the cuff. While they rehearse, it’s more so about coming up with ideas on the fly. None of it is scripted and everything is spur of the moment.”

While the company’s improv shows are typically hosted in February, Shoemaker said improv’s flexibility and low maintenance nature made it a sensible choice for the first show of the year.

“They know it’s not their normal time, but they’re ready to go,” she said. “Since they don’t need a set or things like that, we thought it would make for a good opener.”

Shoemaker said the decision to make a July return was reached after extensively monitoring the Centers for Disease Control and Prevention guidelines as well as updates from Gov. Gretchen Whitmer and the Michigan Department of Health and Human Services. She added that the company monitored Broadway’s decision timetable as a reference.

“We have been following Michigan guidelines closely,” Shoemaker said. “They said a while back venues could open at 25 percent, but we only seat 100 people, so we felt 25 people would not have been enough of an audience. With vaccinations being readily available and the lessening of mask restrictions, we felt like July was a good time to open up.”

The Beckwith Theatre Company has kept itself busy during the pandemic. Shoemaker said the company has spent the past year renovating the venue. The board members were in town two weeks ago to paint and clean the theatre in preparation for its opening.

Over the last year, we have been doing behind the scene stuff,” she said. ”We’ve worked on lighting and other minor repairs that there normally isn’t time for.”

The theater is also gearing up for its first show of the 2021 season, “Make It Home,” written by Larry Nielson. The drama, which shares the real-life stories of men and women who lived through World War II, will debut at 7:30 p.m. Friday, July 30 at the theatre for $15 per ticket.

“People like comedies but they also like variety,” Shoemaker said. “Our goal is to try to bring as much variety as we can to the theatre.”

Shoemaker and her fellow thespians are looking forward to returning to the stage once again.

“We are so excited to be back and to be able to open our doors once again,” she said. “We hope to see lots of people there, and we will welcome them with open arms.”

DOWAGIAC — Local businesses are doing their part to make sure the community has a Fourth of July holiday to... read more