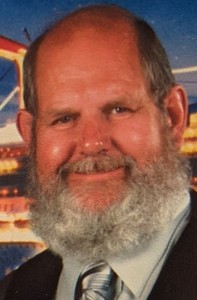 He was preceded in death by his parents; a son, Michael Eugene Willard on Aug. 8, 2006; a sister, Cheryl Chamberlin and a nephew, Joey Proschel.

Calvin entered the United States Marine Corp in 1969 and served his country honorably for 20 years retiring as an E7 Gunnery Sergeant in 1989. During his time of service, he was a Prior Service Recruiter for several years and was the Marine Corp Recruiter of the year in 1984. After his time in the Marines, he worked for French Paper Mill in Niles, and owned and operated Action Arms Ammo. He also drove semi for several years and was a firm believer in, and proponent of the Second Amendment. He loved to play Shanghai with the family, watch Fox News, and advocate for the US Constitution. He was also a member of the American Legion La Rue Messenger Post 26 in Niles for over 25 years.

A memorial service with military honors to celebrate his life will be held at Grace Community Church in Goshen, Indiana on July 3, 2021 at noon. Cremation has already taken place at Legacy Cremation & Remembrance Center in Ligonier, Indiana.

Memorial Contributions may be directed to: psp.org/donate.

Legacy Cremation & Remembrance Center is assisting the family with arrangements.

Memories and condolences may be shared with the family online at thelegacyremembered.com and/or if you would like to submit a memory you have of Calvin (Gene) to potentially be read at the service, please email it to calvinwillard.memory@gmail.com.