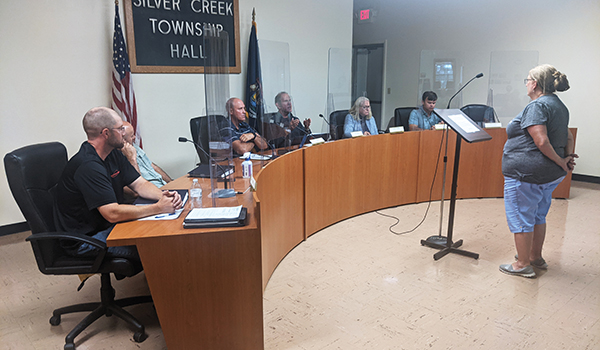 SISTER LAKES — A hot-button issue in the Sister Lakes community will have to wait to be addressed, pending state legislation.

The Silver Creek Township Planning Commission agreed to table further discussions regarding short-term rentals in light of two bills moving through both state House and Senate.

Senate Bill 446 and House Bill 4722, if passed, would amend the Michigan Zoning Enabling Act and take away local governments’ ability to make certain regulations on STRs.

According to the legislation, the definition of a short-term rental is the rental of a single-family home, a one to four-family home or any unit or group of units in a condominium for no more than 30 days.

Under the legislation, STRs would be considered a residential use and spared from special or conditional use permitting, meaning the two bills would take away municipalities’ ability to adopt local regulations such as occupancy levels, noise and traffic ordinances and more.

“Rather than us going in and trying to pass something that at this point may or may not be consistent with the state, I think we’re all comfortable with putting this topic on hold until we see what happens with that state legislation,” said Planning Commission Chair Terry Harris.

Silver Creek Township’s proposed rental ordinance defines short-term rentals as a property renting for compensation between three and 27 nights. According to Harris, the limit of 27 days was set to comply with state-level regulations on residential zoning.

“The reason [27 days] was suggested by our attorney was because if we went with 30 days, the month of February would fall outside of the ordinance,” Harris said. “He recommended that we make it 27 days because February is the shortest month of the year.”

The ordinance would require all short-term rentals to register with the township; consent to inspections; maintain a maximum occupancy of no more than 10 total occupants or two individuals per bedroom, plus one individual per finished story; be insured as a commercially rented property with a liability policy of at least $1 million; maintain quiet hours from 10 p.m. to 7 a.m.

“This has been in the works for about 10 months now,” Herter said. “I needed a break from zoning. I’m sure Mark will do a great job as zoning administrator.”

Davis, a licensed contractor based out of Dowagiac, is in his fifth year as Wayne Township’s zoning administrator. While Davis is busy getting up to speed on the township’s zoning rules and regulations, he’s looking forward to serving the community.

“Hopefully I do a good job here,” Davis said. “I’m learning the ropes, and I will try to do the best I can for everyone.”