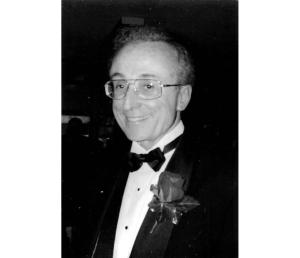 Honorable Casper O. Grathwohl, 87, of Holy Cross Village, formerly of Niles, passed away on Thursday, June 17, 2021 at his home.

He was born to the late Casper and Esther (Brown) Grathwohl in Niles on June 3, 1934.

Upon graduating from Niles High School in 1952, Cap went on to the University of Michigan earning an undergraduate degree in 1956 and a law degree in 1964.

Cap practiced law with his father, Casper R. Grathwohl, and brother-in-law, William R. Landgraf, until his election to the Berrien County Circuit Court in 1986. He had the distinction of being one of the longest serving judges in Berrien County.

He is preceded in death by his parents and brother, William H. Grathwohl.

After retiring in 2005, Cap lived in Niles until moving to Holy Cross Village at Notre Dame in 2017.

He was a lifelong member of St. Mary’s Parish, Niles city attorney for several years, belonged to Niles Kiwanis and was active in a number of community organizations.

The Mass of Christian Burial for Casper Grathwohl will be celebrated Thursday, June 24, 2021, at St. Mary of the Immaculate Conception Parish, 219 S. State Street, Niles at 11 a.m., with Reverend Christian Johnson and Deacon Roger Gregorski officiating. A time of visitation will be held from 9:30 a.m. until the time of mass. Cap will be laid to rest in Calvary Cemetery. Services for Cap will also be livestreamed, and you can access the link at: https://portal.midweststreams.com/services/watch/07iuygPd5X

The family would like to thank both Senior One Care and Heartland Hospice Services of South Bend for the exceptional care they provided to Cap.

Photos, condolences and memories can be left for Cap’s family at BrownFuneralHomeNiles.com.

Cap enjoyed walking around Niles, stopping to visit with people. He will be remembered for his dedication to his profession and his devotion to his family.