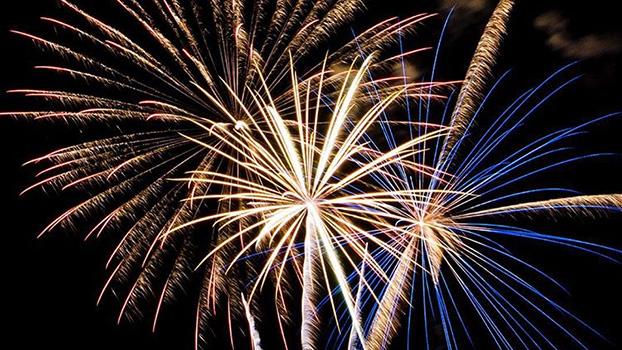 NILES – Summer events, including fireworks, were approved unanimously by the Niles City Council during its Monday evening meeting.

The Niles Riverfront Optimist Club is already hosting its 18th Bluegrass Festival from July 8 through 11, and is busy organizing its Riverfest and Carnival event for Thursday, Aug. 5, through Sunday, Aug. 8.

According to the city council report, the event will take place at Riverfront Park at the Amphitheater and Plym Park.

During the meeting, Niles City Administrator Ric Huff said the carnival is likely to be set up in the south area of Plym Park, between the Niles-Buchanan YMCA property and the park’s tennis courts. There was some discussion on which part of the park the carnival rides would be set up in, as the rides can damage the park grounds.

“That’s a reasonably unimproved portion of the park,” Huff said. “[The carnival] could do some damage there [to the grounds], but I don’t know that it will be a whole lot worse than it already is.

Another concern brought up by the council was safety, as attendees may choose to walk across Front Street from the music festival in Riverfront Park to the carnival in Plym Park.

Huff said the city had made an inquiry with the Michigan Department of Transportation about potentially setting up electronic signage along the road to warn drivers of increased pedestrians in the area, but conceded, with construction being in full force, the signs may not be available.

“We will make our best effort to make it known that there is a crossing [at that point],” Huff said. “We’re going to try to have something up to have people slow down and let them know there is heavy pedestrian traffic.”

Also approved by the council were the July 2 fireworks display and an amendment to the council’s community promotions fund for $15,000 for the fireworks themselves.

“It’s a little bit pricey to what we normally contribute, but I guess we are doing this on our own,” DiCostanzo said. “I think it’s worth the money. I think it will be a great celebration. We were looking forward to trying to do it last year, so I’m happy we have the chance to go through with it.”

State pandemic restrictions were set to begin lifting in June allowing the possibility of a July fireworks display. Mayor Nick Shelton proposed the event at the May 24 city council meeting, where it was approved to begin the planning process.

“I can speak for myself and my family that we are very excited to see fireworks back in our community and a celebration once all restrictions have been lifted,” Shelton said.

Also approved by the city council was the EAA Chapter 865 event at the Jerry Tyler Memorial Airport on June 27, for its 34th annual Fly-in Pancake Breakfast, and approval of Western Michigan University Anthropology Department and the Niles History Center to host the Fort St. Joseph Archaeology Open House on Aug. 7-8, at the Riverfront Park fort site.