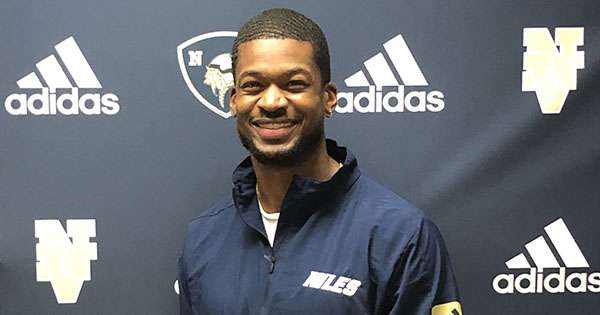 Busby replaces Patrick Touhey, who resigned in March prior to the start of the state basketball tournament.

“Anyone who watched Myles coach the program over the past several years will realize what he brings to our program,” Upton said. “Myles is a man of character and builds team-first attitudes by leading and teaching life skills to our players. Myles took over our program last season, and our players responded with great effort under his leadership. Myles is a Viking, always has been a Viking, and we believe he is ready to lead our program.”

Busby played for former Niles Coach Todd Pawielski, and was also an assistant coach under him before remaining on staff when Touhey replaced Tyler Dendy in 2019. Busby helped the Vikings win the 2012 Class A District championship.

After graduating, Busby attended Jackson Mott College and Chadron State University, where he played basketball for both schools.

Busby plans to build on what he started with the Vikings at the end of the 2021 season.

“We need to continue the building blocks of changing the culture, which we have been working to change,” he said. “We hope to build future leaders, establishing high character qualities while building the basketball program around these core values. We need to take our athletes from being satisfied with good and push them to become great.”