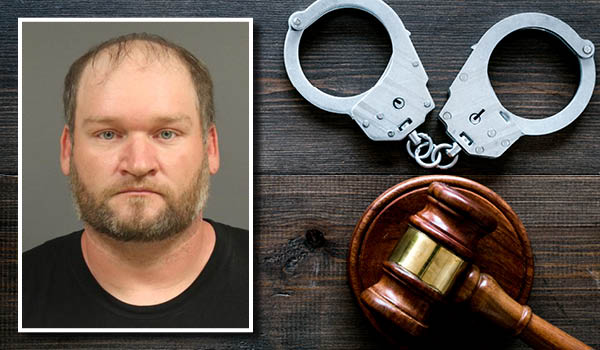 NILES – A Niles man will be spending the next 25 years in prison after being convicted of multiple criminal sexual conduct counts and sentenced Monday in Berrien County Trial Court.

Michael James Dunifin, 40, of Niles, was earlier found guilty by a Berrien County Trial Court jury on nine counts, including four counts of first-degree criminal sexual conduct involving a victim under age 13 and defendant over age 17, three counts of second-degree criminal sexual conduct, one count of accosting a child for immoral purposes and one count of assault with intent to commit sexual penetration.

Dunifin has credit for 325 days already served, must be on lifetime electronic monitoring and pay $258 in fines and costs.

The incidents occurred over several years starting in 2008 against three minor children at locations in the Niles area. He was arraigned on the charges in 2019. Judge Schrock noted that the victims testified in court that Dunifin threatened their families if they told anyone of the sexual abuse.

Assistant Prosecutor Jane Wainwright said what Dunifin did “was the worst thing imaginable.” She noted that there were other victims besides those who testified and that he is now facing new charges of a similar nature.

Defense attorney Scott Sanford noted that Dunifin had a very minimal criminal history and that he had instructed his client not to say much during the sentencing as he is appealing his conviction.

Although Wainwright asked for consecutive rather than concurrent sentencing, Judge Schrock said that while he contemplated it because of the “egregious” nature of the crimes he did not find a basis to do so.

CALVIN TOWNSHIP — A Vandalia man has been transported to the hospital following an early morning crash in Calvin Township,... read more