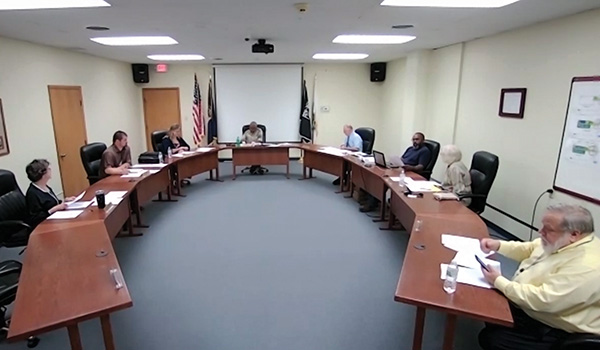 Board of Commissioners opposes Secretary of State changes

CASSOPOLIS — The Cass County Board of Commissioners has taken a stance opposing new changes to Secretary of State operations.

During its regularly scheduled meeting Thursday evening, the Cass County Board of Commissioners passed a resolution opposing the Michigan Secretary of State’s appointment-only system. Introduced by Commissioner Ryan Laylin, the resolution was approved unanimously by all present commissioners.

“The Cass County Board of Commissioners hereby strongly opposes by appointment only services for the residents not only in Cass County but for the entire state of Michigan,” Laylin said.

Though half of all appointments are next-day appointments, which representatives with Benson’s office have said is meant to aid drivers with urgent business, the state has seen appointment backlogs of weeks and months in some areas.

Benson has defended the appointment-only system saying it is better than residents waiting hours in line. This week, she requested $25 million in COVID-19 relief funding to add 500,000 appointment slots between July and September.

Despite Benson’s position, Cass County commissioners said residents want walk-in options and that the appointment-only system negatively impacted elderly residents and those who do not own or cannot use computers.

“These changes have been established without input from constituents, who are directly affected by this sweeping change,” Laylin said, reading from the resolution. “These changes will only continue to frustrate citizens who just would like their license renewed or to be able to sell a vehicle, without having to wait weeks or even months or drive to a different service area to accomplish these simple tasks.”

The resolution will now be forwarded to Benson, Gov. Gretchen Whitmer, legislators and the Michigan Association of Counties.

Cass County commissioners are not the only elected officials to take a stand against the appointment-only system. GOP lawmakers have included language in budget bills that would require Benson to allow walk-in Secretary of State visits again. Those bills have yet to go through the legislative process.

• Commissioners passed a resolution honoring Mary Geegan Middleton, who has been “building health care muscle” in Cass and Berrien counties for 40 years.

Middleton is the chief executive officer of the Cassopolis Family Clinic Network. Under her leadership, the clinic became a Federally Qualified Health Center in 2005, was awarded a $4.4 million capital improvement grant in 2012, opened a 30,000-square-foot facility in 2014, and opened the Niles Community Health Center in 2019.

“The Cass County Board of Commissioners congratulates and thanks Mary Geegan Middleton for her 40 years of caring for our community and for providing them with medical care, dental care and behavioral care and wishes her continued success in her life as she seeks to further health care here in southwest Michigan,” the resolution reads.