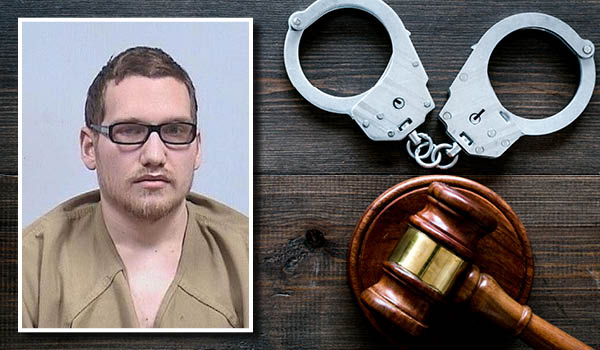 CASSOPOLIS – A number of area residents were sentenced Friday in Cass County Circuit Court on drunk driving charges. In addition, an Elkhart man currently in prison in Indiana had his Michigan charges taken care of in court action Friday.

Ryan Cole Hancock, 28, of Elkhart, pleaded guilty to four felony counts and was sentenced to 23 months to five years in prison. With credit for 1,200 days already served while incarcerated in Indiana, he has already fulfilled those sentences. He must pay $2,252 in fines and costs and forfeit weapons he had at the time of his arrest.

Charges he pleaded guilty to were fleeing and eluding police, reckless driving causing serious impairment of bodily functions and two counts of carrying a concealed weapon.

The incident occurred May 13, 2017, when Hancock fled police in Elkhart County at speeds up to 120 miles per hour where he had been involved in a shooting. He crashed into another vehicle on U.S. 12 in Porter Township and was airlifted to a South Bend hospital.

Hancock is currently in prison in Indiana on charges such as criminal recklessness and aggravated battery from the Indiana charges related to the incident. The earliest he can be released is 2026.

Defense attorney Robert Drake called the case one he could not wrap his head around.

“He graduated from high school, had employment, had a typical upbringing and had no prior record,” he said. “Then everything went off the rails in 2017. It was a horrible incident, and he’s paying the price for it in Indiana.”

Drake said Hancock has taken the opportunity to get his life back on track and said prison officials call him a model inmate. For his part, Hancock said he wished things had not escalated and that he wanted to learn from the incident.

Rolando Sanchez, 45, of Amerihost Drive in Dowagiac, pleaded guilty to third offense drunk driving and was sentenced to three years’ probation in the Adult Treatment Court, 30 days in jail with credit for four days served, $2,628 in fines and costs, $290 in restitution and license revocation.

If he successfully completes his probation, his charge will be reduced to second offense drunk driving and he will be able to keep the felony drunk driving off
his record.

The incident occurred Oct. 14, 2020, in Dowagiac. Police stopped him for improper plates and saw a case of beer in his car. His blood alcohol level was found to be .265, more than three times the legal limit.

Cass County Circuit Judge Mark Herman noted that Sanchez reported that he has been drinking since he was 15.

“Please take this opportunity seriously,” he said. “If you don’t, you’re looking at no less than a year in jail.”

Defense attorney Robert Kardatzke said that Sanchez is feeling better since starting the Adult Treatment Court program, has stopped drinking and is saving himself some money. Sanchez reported that he spent as much as $150 a week on alcohol.

Jonathon Deon Walker, 33, of Autumn Drive in Edwardsburg, pleaded guilty to second offense drunk driving and was sentenced to one year probation, five days in jail with credit for two days served, attendance at a victim impact panel and $1,125 in fines and costs.

The incident occurred Oct. 30, 2020, in Edwardsburg. A preliminary breath test found his blood alcohol level to be .236.

Defense attorney Paul Jancha noted that Walker had a heart transplant in September 2019 and on this occasion was drinking after breaking up with his girlfriend. Walker said it was a horrible mistake on his part and that he needs to find different ways to handle stress and anger.

Berrien County Board of Commissioners to return to in person meetings

BERRIEN COUNTY — The Berrien County Board of Commissioners is moving to resume in-person meetings more than a year after... read more