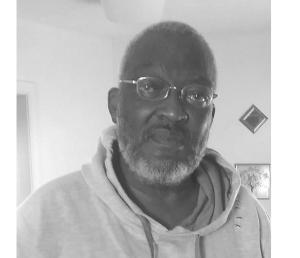 Haskel Keith Woodard, 64, of Niles, passed away at Lakeland Hospital in Niles on Saturday, May 29, 2021.

Haskel was born on Jan. 29, 1957, and raised by his loving parents, Robert and Ardie (Mitchell) Dailey in Louisville, Mississippi. After graduating from high school, Haskel went on to earn his CDL and later went to work for Jessup Door, where he retired as the Union Vice President and a supervisor. After he left Jessup Haskel went to work for Warner and Quirt. He was at both for more than 10 years each.

On May 12, 2012, Haskel wed his one true love, Deborah (Wright), at a ceremony in Niles where they were surrounded and supported by their families.

To say that Haskel enjoyed the outdoors was an understatement. The only thing that made him happier than being outside was being outside with his family. He loved to fish, barbeque, golf every chance he got, and most of all he loved to go camping. Haskel was the guy who never met an enemy, a trip to the gas station was never quick because he knew everyone he saw, and when he met a stranger, it wasn’t long before they were friends.

He was preceded in death by his parents, Robert and Ardie; son, Adrian Woodard; granddaughter, Ava; and brother, Billy Brown.

Homegoing services will be held on Saturday, June 5, 2021, at Mt. Calvary Baptist Church at 1 p.m. with a time of visitation one hour prior.