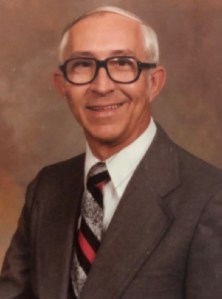 Doyle William Rausch, 90, of Upper Arlington, died of natural causes on Tuesday, June 1, 2021, at Arlington Court Skilled Nursing & Rehab Center. Dr. Rausch was born in Dover, Ohio, on May 3, 1931, to William and Jospehine Rausch. Raised in Dover, he graduated from Dover High School in 1949. After high school, he worked for several companies including Sparta Manufacturing Co., where he was proud of his involvement in the development of the world’s first successful heart-lung machine (in conjunction with the Cleveland Clinic).

Dr. Rausch received a bachelor of science in metallurgical engineering in 1961 and a Ph.D. in the same field in 1965 – both from The Ohio State University. Doyle and Brother Jack shared an apartment at OSU for several years during their tenure as undergraduates. Various college academic highlights include the following: membership in the honorary fraternities of Tau Beta Pi, Alpha Sigma Mu, and Texnikoi, designation as a Mershon National Defense Scholar, election as President of the Engineers Council, and twice being awarded a University Trustees’ Medal of Achievement.

Doyle married the love of his life, Lois Ann Thrall, on Jan. 24, 1964, and the couple moved to Chicago where he became Assistant Professor of Metallurgical Engineering at Illinois Institute of Technology. In 1969, he became Associate Division Chief at Battelle Columbus Laboratories in Columbus, Ohio. In 1973, he accepted the position of Director of Research & Development at National Standard Company in Niles, MI, a position he held until his retirement in 1999.

Dr. Rausch was recognized internationally for his work with metal powders, metal fibers, and design and manufacture of steel beads for tires. He was awarded numerous patents in the U.S. and around the world. Several of these were for rubberless tire bead assemblies and reinforced polymeric components related to tire bead technology.

He enjoyed volunteering both professionally and in his personal life. Doyle served the technical community as Secretary of the Columbus Chapter of American Society for Metals and Chairman of the Southern Ohio Chapter of American Institute of Metallurgical, Mining, and Petroleum Engineers. In addition, Dr. Rausch served on the Session of the First Presbyterian Church in Niles, Michigan, as President of the Niles Rotary Club, and as a member of The Ohio State University Alumni Associations of West MI and South Bend, IN. In 1993 he became one of the first honorary special initiates into Pi Kappa Alpha Fraternity at The Ohio State University.

Upon retirement, he and Lois returned to Columbus and settled down in Upper Arlington. He was an avid Ohio State Football fan and enjoyed hosting friends, family, and neighbors for social gatherings and good – always upbeat and positive – conversation. His grand dogs Scarlet and Grayson brought him a lot of joy in recent years as did trying to solve the most difficult Sudoku puzzles.

Doyle was a wonderful husband, father, relative, friend, and neighbor who will be missed and remembered with a big smile by all whose lives he touched. If asked to provide a parting thought, he would have most certainly exclaimed “seize the day” (a favorite quote of his)!

Memorial gifts may be made to Columbus Humane, 3015 Scioto Darby Executive Court, Hilliard, OH 43026. Visitation will be from 6 to 8 p.m. on Thursday, June 3, 2021, at SCHOEDINGER NORTHWEST, 1740 Zollinger Road, Columbus, Ohio 43221. Funeral Service will be at 11:00 a.m. on Friday, June 4, 2021, at Schoedinger Northwest with burial at Green Lawn Cemetery. Please visit schoedinger.com to share memories and condolences.