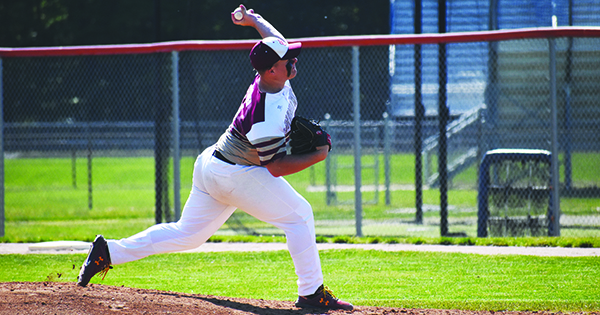 The Bobcats used a three-run fifth inning to come back and beat the Bees 3-1 in Division 3 pre-district play at Bridgman Tuesday.

Trailing 1-0 in the bottom of the fifth inning with two outs and Caiden Wagley on third base, Brandywine’s Owen Hulett hit a line drive single that brought Wagley home to tie the game at 1-1.

On the next at-bat, a Kendall Chrismon fly ball double to left field allowed Hulett and Jacob Luczkowski to score the game’s final runs.

“We had been getting runners on base all game,” said Brandywine coach Dave Sidenbender. “We just could not get that big hit, and Owen came through with a big two-out hit, and Kendall as well. I thought we were pitching very well. We got out of some jams, and they put some pressure on us, but we were able to make some plays.”

Brandywine pitcher Cam Barrier was an obstacle Bridgman was unable to overcome. The senior pitched all seven innings, allowing just one hit and one run while striking out six batters.

“He gets better as the game goes on,” Sidenbender said. “I was happy he was able to keep his pitch count down. He pitched great, and that’s what a senior is supposed to do.”

“They played an excellent game, and they’re an excellent baseball team. That lefty was tough, by far the best pitcher we’ve seen all year,” he said.

“I thought we had good at-bats,” Sidenbender said. “We just couldn’t break through with guys on base.”

Chrismon tallied two hits and two RBI on the day and Hulett finished with two hits, one RBI and one run, while Luczkowksi added one hit and one run, and Wagley and Jamier Palmer one hit apiece.

“I thought defensively, we played well overall,” Sidenbender said. “We made some plays in the infield. Even when we made an error, we came back and made a nice play. The outfield played great today and made some nice catches out there.”

With a win in tow, the Bobcats advance to take on Watervliet at 10 a.m. Saturday at Bridgman.

Brandywine split a regular-season doubleheader with the Panthers. According to Sidenbender, the Bobcats were without three of their starters due to COVID when the two teams played earlier in the season.

“Neither of us threw either one of these guys,” Sidenbender said. “It’s nice to have a bench now. I can bring in a lefty against a righty and try to present matchup problems for them. It should be a good game in what is a great district.”