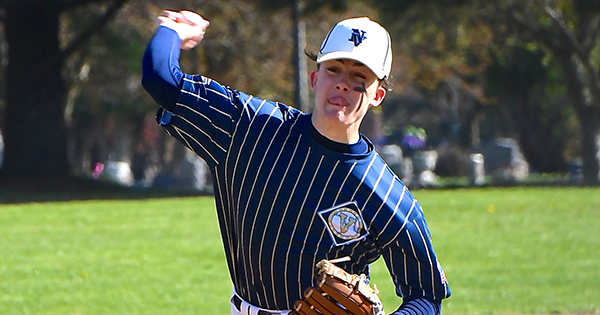 NILES — With half of the Division 2 District field at Stevensville having won 20 or more games, there may be no clear-cut favorite to win the baseball championship Saturday.

Edwardsburg (26-4), Lakeshore (22-10) and Niles (20-10-1) are no strangers to winning district titles over the past five years. The Eddies and host Lancers will square off in the second semifinal game Saturday, which is slated for 12:30 p.m.

Niles will have to go through Dowagiac (8-16-1) in today’s pre-district game at Lakeshore High School, and through Berrien Springs (10-10) if it wants to win another championship.

Berrien Springs, coached by Jon Donley, who is just two wins away from career victory No. 700, will take on the winner of the Dowagiac and Niles game in the first semifinal Saturday at 10 a.m. 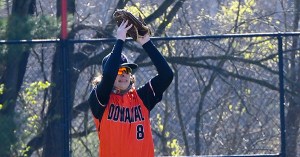 Veteran Niles Coach Mike Vota, who earned his 400th career win earlier this season, said his team cannot afford to make mistakes on defense. Pitchers have to be efficient, and the Vikings’ offense needs to be productive.

“Have to play a clean defensive game,” he said. “Pitchers have to throw strikes and get ahead of hitters, so that we can keep pressure on their offense. Offensively, we have to execute our plan and be good in situational hitting positions.”

Like most of the coaches, Vota feels his team has played a regular season schedule that has gotten it ready for the postseason.

“Our schedule has prepared us well as we have seen a lot of different teams and styles of play,” he said. “We have seen a large variety of pitching, and hopefully, this will help our hitters adjust quickly to what they see.”

As far as a favorite goes, Vota thinks the district is wide open.

“This year, I really don’t think there is a true favorite,” he said. “There are multiple teams that could easily win the district. I believe the team that shows up and has a great day and handles adverse situations the best will be the team that walks away the champion.” 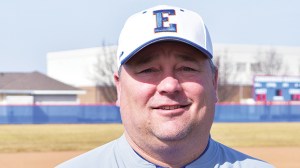 Edwardsburg Coach A.J. Gaideski, whose team won its seventh Wolverine Conference championship in eight seasons, said defense and hitting will be the key against the Lancers.

“We will need to play great defense and have timely hits to have a chance to beat Lakeshore in our first district game,” he said. “Our schedule has prepared us for districts by giving us a chance to see different scenarios that we could encounter during districts. Like bunt defense, base running, where to throw the baseball from the outfield, etc. We have worked hard in practice to be prepared for those scenarios, but we only know for sure that we are prepared when we perform them correctly in the game. Thus far we have been successful in doing just that.”

Gaideski is giving the nod to the Lancers as the favorite.

“I do believe anybody in the district is capable of winning, but Lakeshore is the favorite until somebody knocks them off,” he said. “Our district is a formidable challenge for whoever wins it.”

The teams in the district field are no strangers to each other.

Edwardsburg swept Berrien Springs in mid-May, split a pair of games with Niles to open the season and swept Dowagiac in a pair of conference games in late April. The Eddies and Lancers split a doubleheader last Saturday, with Lakeshore winning the first game 4-1, and Edwardsburg winning the second game 5-1.

Niles has defeated both Dowagiac and Berrien Springs twice.