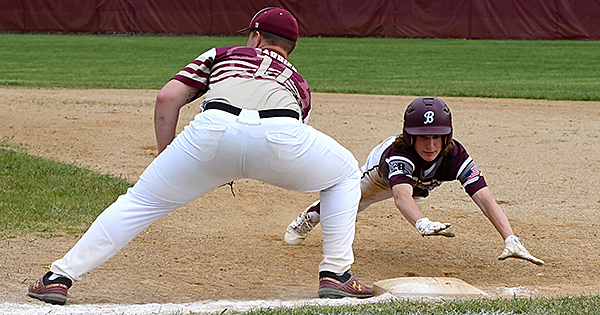 Fifth-ranked Buchanan will be the favorite in the Division 3 District at Bridgman Saturday. (Leader photo/KELLY SWEENEY)

BRIDGMAN — In one of the toughest districts in Division 3, Buchanan and Brandywine will have their work cut out for them if they want to win a championship Saturday.

The Bobcats will have to get past the host Bridgman Bees in the pre-district contest Tuesday.

Brandywine (22-8) and Bridgman (27-3) did not face each other during the regular season despite being in the same league — BCS Athletic Conference. The Bobcats were the runner-up in the Red Division, while the Bees went 16-0 to win the White Division championship.

Veteran Brandywine Coach David Sidenbender, who recently picked up his 400th career victory, knows his team will have to play its best baseball to advance.

“To beat Bridgman, we will have to play clean, throw strikes and have quality at-bats,” he said. “They [Bridgman] are a quality team that is well-coached. Our schedule was really strong. We basically play in a Division 2 league with a top 4 Division 3 team as well. Our pre-non-conference has been good as well, with a couple of tourneys in there to give the feel of the districts, so besides having a few less games than I’d like.” 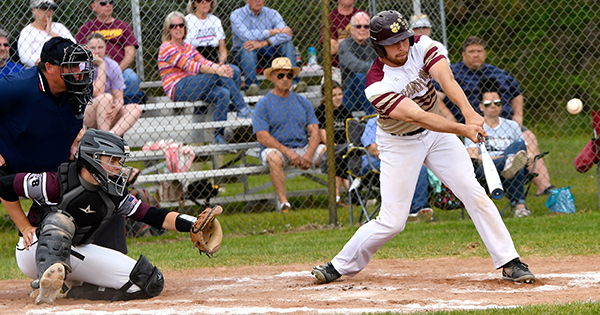 Sidenbender said if he had to pick a favorite, it would be No. 5-ranked (Division 3) Buchanan, but that anyone could walk away with the championship.

“There are three other teams poised and ready for an upset for sure,” he said. “This is again one of the toughest districts in our division, and whoever wins has a great chance to make it to East Lansing.”

The winner of the pre-district game will advance to Saturday’s semifinal, where it will face Watervliet (18-12). The game is scheduled for 10 a.m.

In the other semifinal, Buchanan (29-2) will take on Coloma. That game is scheduled to begin at approximately noon.

Buchanan Coach Jim Brawley said his team needs to continue doing the things they have done all season.

“We have to continue to pitch well, play strong defense, and come up with timely hits,” he said.

Like Sidenbender, Brawley feels the Bucks’ strong schedule has prepared them for the postseason.

“We’ve played a lot of different teams who play different styles of the ball,” he said. “We’ve seen strong pitching at Niles, a team that swings the bat in Berrien Springs, and a team with good speed at Lakeshore.”

Brawley also believes the Bridgman district is one of the strongest in the state, with several contenders.

“There are four teams in our district with 20 wins,” he said. “Anyone can win.”

The championship game is set for 2 p.m.

Tickets for the district must be purchased online. Fans can go to gofan.co/app/school/MI4085 to purchase them.