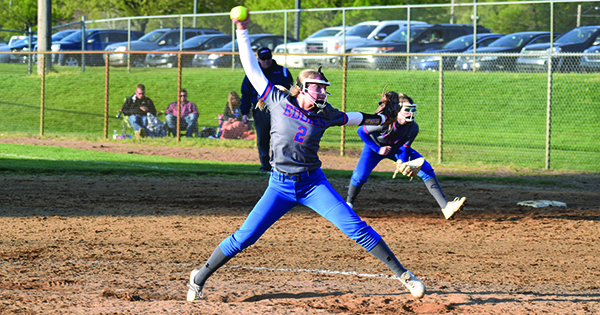 EDWARDSBURG — All the teams in the Edwardsburg district have a tie to the Wolverine Conference.

The host Eddies, Dowagiac, Three Rivers and Paw Paw are all members of the league, while Niles will become a member of the conference in the fall.

Because of that, veteran Dowagiac Coach Mike Behnke believes that the district is as strong as any in the state.

The Vikings and Red Wolves will play at Niles at 4:30 p.m. Tuesday.

“The Wolverine Conference is one of the toughest conferences in the state for softball, so we’ve seen some of the best teams around,” Behnke said. “We have beat some and we have lost to some, and just need to play solid softball and limit mistakes to give ourselves a chance to win.” 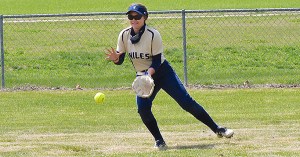 Niles Coach Dale Myer knows his team has its work cut out for it. The Vikings have had an up and down season due to players being in and out of the line up with COVID issues.

“Paw Paw is a solid softball team,” he said. “It’s going to take a solid effort all around — pitching, defense and offense.”

The Vikings’ regular-season schedule has prepared the team for the tournament, Myer said.

“We’ve played a tough schedule,” Myer said. “We‘ve had our ups and downs. But the girls have been working hard and are focused on competing for a district title.”

Myer said that the host Eddies would be the favorite if he had to pick one. 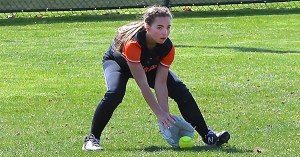 Dowagiac will take on the winner of the Paw Paw-Niles game in the first semifinal at Edwardsburg Saturday. (Leader file photo)

“They are solid up and down their lineup, both offensively and defensively, and they have depth at pitching.”

“Once they got all their players back, they started playing solid softball and beat good teams,” Behnke said of the Vikings. “No matter who we play, Paw Paw or Niles, if we do not execute on defense, we won’t win. We will also need to get some clutch hits with runners on base.”

According to Coach Dean Dixon, the Eddies, who are 21-9, it comes down to three things.

“We must be patient at the plate, communicate and play clean defense,” he said. “We had a very competitive schedule this year playing ranked and nationally ranked teams from Indiana and Michigan. Hopefully, that helps us going forward.“

Dixon feels that all the teams have a shot at taking home the trophy Saturday.

“It’s been a strange and sometimes difficult year with COVID testing and contract tracing,” he said. “Any of the teams going into districts can win.”

The Eddies and Three Rivers will square off in the second semifinal at noon Saturday. Edwardsburg swept the Wildcats in their Wolverine Conference doubleheader 9-7 and 11-6.

Tickets for the district must be purchased online. Dowagiac fans can go to gofan.co/app/school/MI10391. Edwardsburg fans can go to

BRIDGMAN — In one of the toughest districts in Division 3, Buchanan and Brandywine will have their work cut out... read more