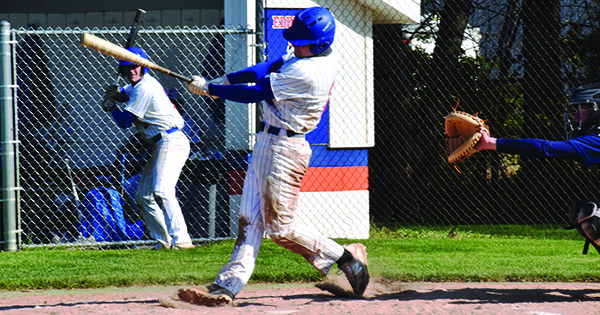 Lakeshore scored two runs in the third and fourth innings to account for its scoring. Edwardsburg pushed across a single run in the seventh.

Eli Wideman took the loss for Edwardsburg. Connor Ostrander doubled for one of the five Eddies’ hits.

Leading just 2-1 heading into the top of the seventh inning, Edwardsburg scored three times to gain the split.

Nate Dalenberg started the game-winning rally with a lead-off single. Ostrander followed with a run-scoring triple, and then came home on an RBI single by Ethan Cebra. One out later, Sam Robinson singled home Cebra to cap the scoring.

The Eddies finished with 11 hits in the game, including two each by Ostrander, Cebra, Landon Mikel and Dalenberg. Cebra, Dalenberg and Mikel all had doubles, while Andrew Colvin added a triple.

PHOTO GALLERY: The Week in Pictures