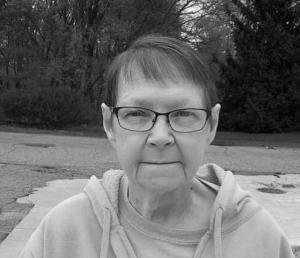 Marsha Louise Jaseph, 73, of Edwardsburg, died peacefully Thursday, May 20, 2021, in the comfort of her family’s presence.

Marsha was very involved with her family and cherish every opportunity she had to spend with them. She was a dedicated wife, mother, and grandmother. She was the cook of the family and her family will greatly miss her family gatherings. There were fights over her deviled eggs and beans. Marsha enjoyed gardening and watching birds. She was a bus driver for over thirty years in Dowagiac, Cassopolis, and Edwardsburg. She was her daughter’s number one fan as a Staff Sergeant in the Army.

In addition to her husband, she was preceded in death by her parents; one son, Kent Jaseph; three sisters, Shirley Swain, Margaret Ann Smith, Mary Fish; and one brother, John Fish.

Mrs. Jaseph will be laid to rest beside her beloved husband in Poe Cemetery in Jones, Michigan.

The family prefers contributions in memory of Marsha be made to the family care of Connelly Chapel Wagner Family Funerals, 202 N. Broadway St., Cassopolis, Michigan, 49031.

Joel William Camp, 78, formerly of Niles, passed away at The Laurels in Battle Creek, Michigan, on Saturday, May 22,... read more