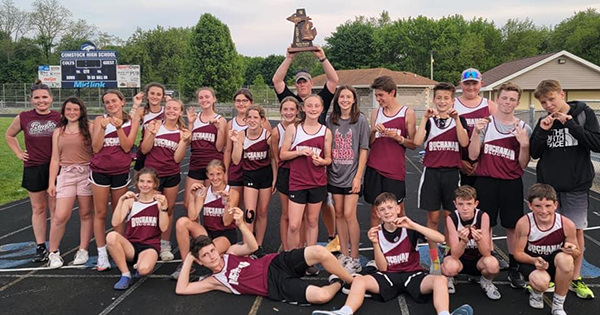 The Bucks scored 111 points to easily outdistance runner-up Schoolcraft, which finished with 75 points. Berrien Springs was third with 70.33 points.

On the boys side, Buchanan finished third with 63 points. Berrien Springs was the regional champion with 112 points. Schoolcraft took second with 80 points.

The 400-meter team, which posted a time of 56.97, consisted of Aspen Berry, Sutherland Phillip, Kenzie Boller and Justyce Cashier. The 800-meter team was made up of Berry, Phillip, Boller and Evyn Pruett. That squad ran a time of 2:01.82.

Also medaling for the Bucks were: