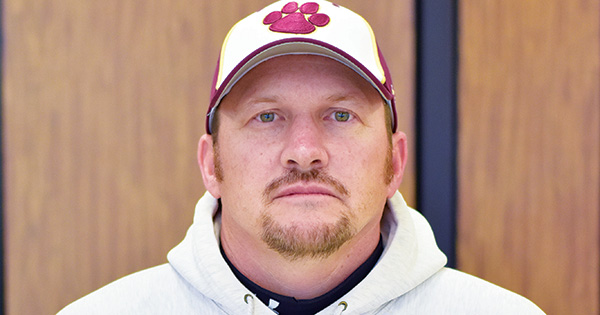 Brandywine’s Sidenbender picks up win No. 400

COLOMA — In the opening game of its non-league doubleheader at Coloma Tuesday, veteran Brandywine Coach David Sidenbender picked up career victory No. 400.

The Bobcats won the first game 6-3 to give Sidenbender the milestone. Brandywine completed the sweep by winning the nightcap 11-1 to improve to 21-8, with the state tournament set to begin in a week.

“As far as winning 400, It’s simply put that when you have good kids, great support, and a love of the game, these things can happen, which is all true in my situation,” Sidenbender said. “I’ve never set out to win a certain amount of games. I really just want to make the kids I have better and to put them in the best situations to be successful, whatever the outcome. It all comes down to the kids performing and persevering through the rough times and handling the good times as well, and because we have great parents here. I get the privilege to coach great kids.”

Sidenbender added that the backing he has received over his career at Brandywine has been outstanding.

“Support comes in many ways,” he said. I have been blessed with tremendous coaches throughout the years, and they have shared my desire to make Brandywine a successful program and one area teams respect.”

An often-overlooked part of being a successful coach is the sacrifices one’s family makes, Sidenbender said.

“Finally, all this isn’t possible without the support of my family,” he said. “My wife and kids have always been there for me and my team, and they have allowed me to coach the way I need to, to be successful.”

The Bobcats used a four-run second inning to take command in the opening game.

Cam Barrier, who would pick up the victory, drew a lead-off walk to get the inning going. James Vaughn was hit by a pitch before Kendall Chrismon doubled with one out to drive in courtesy runner Caiden Wagley and Vaughn.

Tyler Deming singled home the third run of the inning, while a Coloma error allowed Deming to score the final run of the frame.

Brandywine added a pair of runs in the fourth to take a 6-1 lead on the Comets.

Barrier scattered five hits and did not allow an earned run. He struck out 11.

The Bobcats also had five hits. Gabe Gouin was 2-for-3 with a pair of doubles and three RBIs.

Brandywine broke open a 2-1 contest in the nightcap with nine runs in the fifth inning.

Josh Sachman and Gouin both doubled, while Andrew Schadler, Jamier Palmer, Jakob Luczkowski all singled. Sachman had a pair of singles as the Bobcats sent 13 hitters to the plate.

Hulett went the distance to earn the victory. He allowed one run on one hit with four strikeouts and no walks.

The Bobcats are back in action Wednesday as they travel to Marcellus for a non-conference doubleheader.