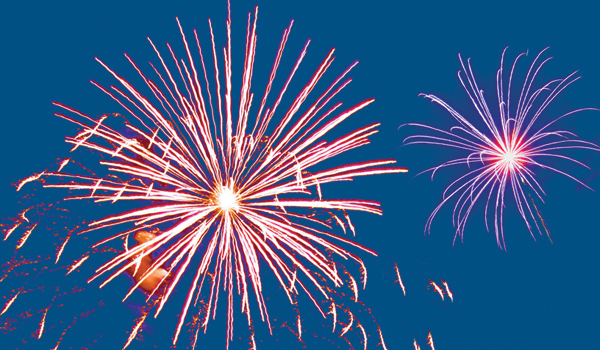 NILES – The Bluegrass Festival and funds allocated for a fireworks event were approved by the Niles City Council unanimously on Monday evening.

The Bluegrass Festival, organized by The Riverfront Optimist Club, had its application approved by the city council Monday evening to host its event Thursday, July 8 through Sunday, July 10 at the amphitheater in Riverfront Park.

In March 2020, just prior to the official arrival of COVID-19 and heavy mandates across Michigan, the city council voted to deny Riverfront Optimist Club’s application to host the Niles Family Fun Fair and Music Festival’s application in a 5-1 vote.

“This was a point of intense debate last year, prior to COVID, and ended up being canceled because of COVID last year,” said Niles city council member Jessica Nelson. “To my recollection, the big part that we were concerned about at the time was the rides.”
With the Bluegrass Festival being focused on music, craft and food vendors, and children’s activities, according to the city council report, the need for items like a deposit for grounds damage were taken out of consideration.

“There was some confusion in the way applications were made and staff responses. Some of the recommendations got intermixed between the Bluegrass festival and carnival,” said City Administrator Ric Huff.

He said the city and the club have worked through the many details.

“I believe we have worked through all of these and have an understanding,” Huff said.

Mayor Nick Shelton acknowledged the contention at the city council meeting in March 2020.

“I had the opportunity to meet with the organizers of the festival, including Josh Sitarz, president of the Riverfront Optimist Club, and about a dozen other individuals to share some of the city concerns and hear their concerns,” Shelton said.

At the end of the city council meeting, Shelton said that as COVID-19 restrictions were being lifted by July 1, the discussion of a community celebration had begun.

“We talked last year about a promise to our community that once restrictions were lifted, we would have a celebration. The idea is to host a fireworks show in our community,” Shelton said.

Huff and Shelton said there was difficulty getting fireworks secured in time for a Fourth of July display, but if community members knew a vendor to speak with they should let the city know.

“City Administrator Huff has been in talks with the Apple Festival organization, and they are open to helping with [the event] and dealing with the parking, and all the things they are really good at doing that we don’t want to do necessarily,” Shelton said. “What it comes down to for us is the financial contribution.”
He proposed a budget amendment of $20,000 to the city’s general fund to be used for “a fireworks and community celebration in the future.”

With the challenge before the city to find fireworks, Huff said the city was aiming for a date ideally between July 1 and 5.
“If that doesn’t work, let’s find a new date and plan something spectacular and have a really good time,” Huff said.

Shelton said there was a lot to celebrate.
“We’re seeing some light at the end of this dark tunnel,” he said.

The budget allocation was approved by the city council unanimously.