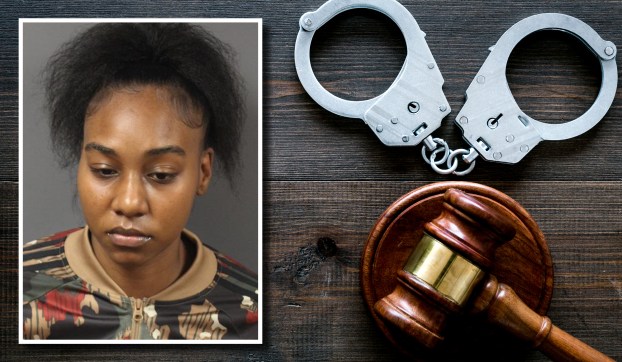 NILES — The woman who drove the wrong way and caused a crash on the U.S. 31 freeway last July was sentenced to prison Monday in Berrien County Trial Court.

Nyesha Alvern Campbell, of Benton Harbor, pleaded guilty to operating while impaired causing death and was sentenced to three years to 15 years in prison. She must pay $258 in fines and costs with restitution to be determined later. She has credit for one day served.

The incident occurred July 22, 2020, on the U.S. 31 freeway near Niles. Campbell, who was 29 at the time, was driving northbound in the southbound lane on the freeway. She collided head on with a car driven by Darnell Johnson of Benton Harbor. Johnson was ejected from his vehicle and was pronounced dead at the scene.

Monday, Johnson’s parents both spoke before sentencing. They noted that their son was 28 years old at the time of the accident and was working two jobs. They said the loss devastated their family and everyone who knew Johnson, who was a 2010 Benton Harbor High School graduate who played sports during high school and volunteered in the community.

Stacey Mitchell called it a “horrible dream” when a sheriff’s deputy knocked on her door that morning.

“I thought, ‘how could this be happening?’ I kept thinking it was a horrible dream,” she said. “I’ve spent Christmas, Easter and Mother’s Day without my child, now I have to go to the cemetery to celebrate his 29th birthday.”

“It breaks my heart a little more each day,” she added. “I must live with this the rest of my life. Your family and friends can still see you and talk to you whenever they want. I would like justice to be served.”

“No words can explain how I feel. I lost my firstborn, my namesake and my best friend,” he said. “My son was doing exactly what I taught him to do, which is work hard. Family and friends meant everything to him.”

Defense attorney Tat Parish said Campbell had no intention to drive after drinking that night, but did so because she was trying to flee a domestic violence situation. He noted that Campbell was injured in the crash and is expecting a baby in September. He argued unsuccessfully for the sentencing to be delayed.

“She has suffered great remorse. To say she is remorseful would be an understatement,” he said. “She came to my office to review the presentence report and utterly collapsed and lost consciousness. An ambulance had to be called.”

Campbell said the accident and Johnson’s death haunt her every day and said she was sorry.

“I don’t think there’s any question that she’s truly remorseful,” he said. “There’s also no question as to how much pain was caused by the choices she made.”

Judge Schrock noted that Johnson had stopped to the side of the road to avoid her and she still hit him and was accelerating at the time. He added that the accident reconstruction found that she was also on the phone at the time.

He recognized the Johnson family’s call for justice but said no sentence he would impose would bring justice or make them whole.

“There can be no justice, only heartbreaking loss,” he said.

NILES — Recent announcements from local and national governments regarding masks has business owners across the country deciding how to... read more