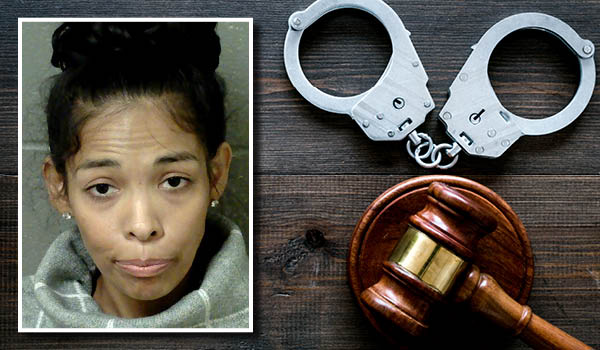 CASSOPOLIS – It was an emotional morning in Cass County Circuit Court Friday as a Mishawaka woman who caused a crash south of Dowagiac on M-51 that killed two people nearly three years ago was sentenced to prison.

Leeann Romita-Saenz, 37, of Mishawaka, pleaded guilty to two counts of operating while intoxicated causing death and was sentenced to concurrent terms of 50 months to 15 years in prison. She must pay $3,616 in fines and costs and $3,792.82 restitution to cover funeral costs.

She was ordered to turn herself in Monday morning to the Cass County Jail where Michigan prison employees will pick her up.

The crash occurred in the early evening of June 3, 2018, on M-51 near Crystal Springs Road in Dowagiac. Romita-Saenz was driving southbound on M-51 when she crossed over the center line and collided with a car going northbound.

She had been drinking at the Four Winds Casino in Dowagiac before the accident and drove even though she was out on bond for other drunk driving incidents in Indiana. Her blood alcohol level was .092 which was over the legal limit of .08 and she also had THC in her system.

A man in her vehicle, David Conner, died as did a woman in the northbound car, Tracy Seitenstich. Five others including Romita-Saenz were injured in the crash and Romita-Saenz remains paralyzed.

Both Connor’s mother and Seitenstich’s mother spoke before the sentencing, giving heartfelt comments about how the deaths of their children had changed their lives.

“Tracy was a quiet, smart, talented and loving woman who is missed by many,” Cindy Seitenstich said. “Our world has been changed forever due to the selfish actions of another … I maintain that this was no accident, drinking and driving was done intentionally. The defendant is not a victim.”

“The past three years I’ve done things I prayed I would never have to do,” she added. “Every day is a little worse, the passage of time makes it more real … What took place on that day was a crime, she did not die. She was killed in a selfish, criminal act.”

“Missing my son and not being able to see him again is overwhelmingly sad and heartbreaking for us,” Pamelia Conner said. “No matter how much I wish, he cannot come back. He was robbed of his life, it all ended the second he was murdered. I say murdered because the driver crossed the center line and was driving illegally.”

“I feel incomplete inside my heart, I grieve all the time,” she added. “This has affected my entire life … Every day is a hard day for me. Oh, how I miss my son so terribly much. Now all we have is our memories. I am beyond words heartbroken and it was all caused by the illegal actions of the driver. She should never have gotten behind that wheel.”

Assistant Prosecutor Thomas Hubbert called it an “absolutely devastating case” for everyone involved.

“It’s a prime example of why people can’t drink and drive,” he said. “Everybody experienced lifelong consequences, two lost their lives and their families have to deal with that.”

Defense attorney Robert Kardatzke said his client is remorseful and will have to live with her actions the rest of her life.

Romita-Saenz said she was sorry for what happened.

“I feel so horrible for all of you, I know you don’t have to ever forgive me, but I am so sorry,” she said. “I want everyone to know how sorry I am.”

Cass County Circuit Judge Mark Herman said there’s nothing he can do to make the situation right.

“Lives were cut short and their loved ones can never be made whole,” he said. “They can move on with their lives but they will never be the same because of the selfish acts you took.”

“I don’t know if I disbelieve you when say you’re sorry, I think you would make a different decision if you had it to do over again,” he added. “The only thing I can do is send a message to others about the dangers of drinking and driving and the consequences. I hope others pause and reflect on what they heard today.”

The judge did say that he was disturbed by the defendant’s prior record. She had a drunk driving conviction in 2010 and then two more drunk driving arrests in 2017 just months before this incident.

“Then two months after that, you decided to come to Michigan, go to the casino and drink and then decided to drive again,” he said. “You killed two people.”

CASSOPOLIS — These days, Cassopolis’ Stone Lake looks unrecognizable. Where there was once nothing, there is now a sandy beach,... read more