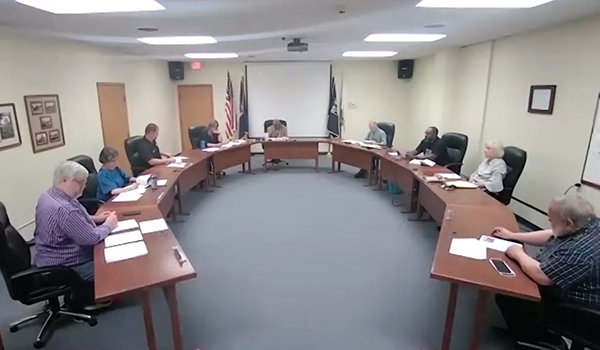 CASSOPOLIS — The Cass County Board of Commissioners is asking the state to pay the county money it is owed.

Thursday evening, commissioners passed a resolution requesting the state of Michigan fulfill its statutory obligation with regard to state revenue sharing payments, believing that Cass County is owed hundreds of thousands of dollars in payments.

In 2004, an agreement was made between the state and counties that eliminated county revenue sharing payments for a period of time during which counties were allowed to pay themselves an equivalent amount to their statutory revenue sharing payments. Each year, the Michigan Department of Treasury authorized each county an inflationary increase over the base amount established in 2004. This agreement saved the State of Michigan from allocating general fund dollars by funding the County Revenue Sharing Reserve Fund through a property tax collection shift. However, once a county exhausted its reserve fund, it could reenter the state revenue sharing system. The state was required to allocate the county their full revenue sharing amount by statute when they reentered the system.

“The state of Michigan may question the necessity of making these payments to the counties now in light of the counties slated to receive COVID-19 funding from the American Rescue Plan,” said Commissioner Roseann Marchetti, who read the resolution. “However, those funds are tied to a number of restrictions on how the money can be used. County revenue sharing payments is unrestricted and can be used as necessary.”

Following Thursday’s vote, copies of the resolution will be sent to Reps Steve Carra and Brad Paquette, Sen. Kim LaSata, Gov. Gretchen Whitmer, the Michigan Association of Counties, and each county in the state.

PORTER TOWNSHIP — An Edwardsburg man was injured in a motorcycled accident when he swerved to miss an animal on Sunset... read more