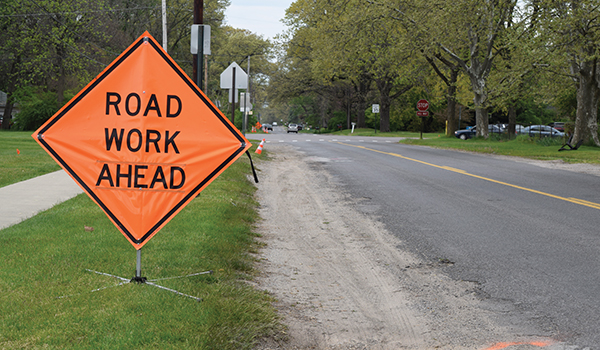 NILES TOWNSHIP — Road work and policing were on the agenda Monday at the Niles Charter Township Board of Trustees meeting Monday.

Berrien County Sheriff Paul Bailey attended the Monday evening Niles Charter Township board meeting to give an update on calls for service in March. Bailey also discussed a proposal with the trustees about increasing the number of sheriff’s deputies from seven to 12 in the Niles Charter Township area. He also announced during the meeting that he would not be seeking another term as sheriff in Berrien County.
Later in the meeting, an agreement was approved for roadwork with the Berrien County Road Department with fund matching from the township.

Between March 1 and 31, Bailey presented the BCSO had worked 1,098 complaints, issued 213 tickets and made 156 arrests total for the county. Of those, 344 complaints, 25 issued tickets and 26 arrests occurred in Niles Township.

“As usual, we are busy in Niles Township. It’s a great township. A lot of great things happen down here, but there’s also a lot of calls for service when it comes to the police department,” Bailey said.

Breaking and entering with vehicles was a crime occurring more often throughout the county, but especially in Niles Township, St. Joseph and St. Joseph Township.

“People are going back into the neighborhoods, and most of the cars are found unlocked. They’ve stolen a couple,” Bailey said. “People leave their keys in them. When we catch these people, [usually] they are hooked on drugs. They’ve got a heroin, meth or some sort of addiction.”
Bailey reminded those at the meeting to bring valuables inside and to lock unattended vehicles, as the suspects were not breaking windows to get into cars, but rather testing the doors.

Due to the number of complaints in the Niles Township area, Bailey said the area would benefit from having five additional deputies in the area, for a total of 12.

“We’ve had seven deputies. [The township] pays for seven deputies and one secretary to do all the reports and freedom of information act [inquiries],” Bailey said. “As we continue to get busy, and more things are happening, I’m giving you a proposal and ask you to take a look at it, to put a citizens committee together or a board committee to research about adding five more deputies down here to put us up to 12. We could put two cars on shifts.”
Bailey said the department is currently staffed enough to put one patrol car on during the morning, one patrol on late night, and two patrol cars in the afternoons.

Later in the meeting, the township board approved an agreement with the Berrien County Road Department for road improvements to be made to five roads within the township.

“Things have changed with the road commission, and sometimes I wonder whether they recognize that we are one of their customers. They take care of and do the roads in Niles township,” said Supervisor Jim Stover. “The roads that they are going to work on do really, indeed, need help really bad. The roads they plan on doing were excellent choices because they need it.”

Township Clerk Terry Eull said the change in management with the BCRD may be part of the reason they are able to get road work done in the township.

“It changed management now, and it’s now under the Berrien County Board, as well as the new temporary director. I think that’s the only reason we got back in this year, is because the new guy came in,” Eull said. “If the [former] guy was there, we wouldn’t be doing this.”