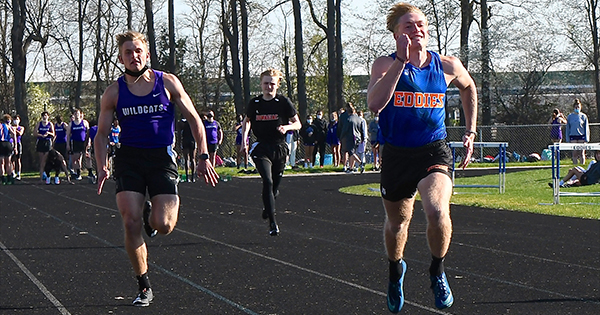 Host Otsego won the girls championship with a score of 119. Plainwell was the runner-up with 108.5 points.

The 400-meter relay team, which ran a time of 45.14, also consisted of Isaiyah Swart, Same Kaczor and Warren Fessenden. The 800-meter squad, which was made up of Swartz, Kaczor and Luke Stowasser, ran a time of 1:35.46.

Stowasser and Jacob Pegura were three-time conference champions. Stowasser, one of the top high jumpers in the state regardless of division, cleared 6-foot-6 to win the event. He also won the long jump with a leap of 21-8. Pegura also the 110-meter high hurdles (16.88), the 300-meter intermediate hurdles (43.89) and was a member of the winning 1,600-meter relay team, which also consisted of Bryce Backus, Jayden Slough and Fessenden. That team posted a winning time of 3:45.20.

Edwardsburg also took first place in the 3,200-meter relay with the team of Kane McCrory, Slough, Will Leman and Kaleb Brown posting a time of 9:12.27.

DOWAGIAC — The Dowagiac softball team capped a busy couple of days with a tournament championship on Saturday. The Chieftains... read more