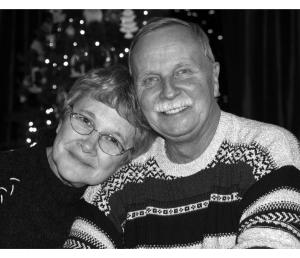 George Carl Johnson Jr., 76, of Niles, passed away on Saturday, May 8, 2021, at his daughter’s home in Byron Center surrounded by his family.

George graduated from Niles High School. On Dec. 12, 1964, he married the love of his life, Phyllis Reid, at the Methodist Church in Niles.

He worked several different vocations throughout his lifetime. His most fulfilling job was working as a custodian for the Niles School District, he loved interacting with the students and faculty alike.

George believed in giving back to the community that raised him. He was a Howard Township volunteer firefighter for 34 years, a Howard Township board trustee, and he helped to spearhead the SMCAS ambulance service.

What brought George the most joy in his life was spending time hunting, fishing, trips to Bitely, and enjoying time with family and friends. He gave new meaning to the word “tinkering.”

George was a humble, caring, and giving person you would ever encounter; he made friends within an instant of meeting you. He was always there to help someone in need. George has left a legacy of service that will live in the hearts of all of us forever.

He was preceded in death by his parents; sister, Teena Penter; and brother-in-law, Chuck Williams.

George/Dad/Papa, you will forever be missed. WE LOVE YOU!

Funeral Services were held at 4 p.m., on Friday, May 14 at Brown Funeral Home and Cremation Services, 521 E. Main Street, Niles.