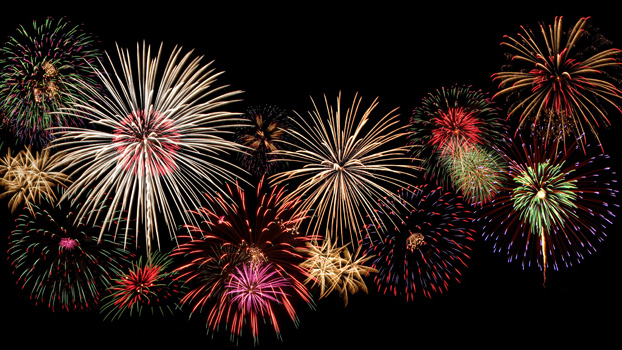 NILES – The Niles nonprofit in charge of lighting the fuse on Fourth of July fireworks this year has decided against striking the match.

The Fourth of July fireworks are usually hosted by nonprofit Niles Music and More at the Four Flags Apple Festival grounds. Due to concerns related to the ongoing COVID-19 pandemic, the nonprofit decided against moving forward with committing to the event this year.

“Hindsight is much clearer than foresight,” said Caryn Adler, president of the board for Niles Music and More. “We don’t know what it’s going to be like on July 4, 2021, but we do know from past history that the fireworks drew 4,000 to 6,000 people. They were pretty tightly packed.”

The unknowns for the nonprofit spanned from state mandates on gatherings, COVID-19 case counts and responsibilities of enforcing rules in place at the time.

“We know that if other communities decide not to do their fireworks, and we did them [in Niles], guess where people are going to come to see fireworks? That [attendance] number is going to swell.”

Among concerns from Niles Music and More’s board were adequate parking for an influx of people, how to enforce social distancing, and how to create a scenario that would not be taxing for the public safety departments.

“We decided as a board that we would not be stepping up to do them this year, even though it is our intention for multiple years down the road,” Adler said. “We have to get a deposit down for the fireworks purveyor right now, and if we were not able to put them on, then we would be out thousands of dollars in the deposit.”

The Niles Music and More board reportedly voted unanimously to not host the Fourth of July event this year.

“We didn’t think we could safely execute them,” Adler said.

In 2020, the fireworks were approved in June. The nonprofit canceled just days after being approved due to the inability to secure commitments from vendors since COVID-19 mandates were frequently shifting.

In the future, Adler hopes Niles Music and More can host an expanded celebration of the Fourth of July tradition. Potential plans for a future event include an earlier start time to allow for food vendors, live music and craft vendors. Adler said her group hopes to make the fireworks easy and fun to attend for all.