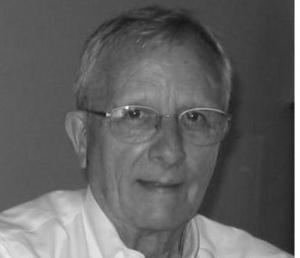 Kent Dale Robinson, 86, formerly of Decatur now of Prior Lake, Minnesota, passed away on Thursday, April 22, 2021. Arrangements have been entrusted to Clark Chapel in Dowagiac.

Kent was born on Jan. 8, 1935, in Decatur, Michigan to the late Roldo and Ruth Robinson. On Sept. 1, 1956, he married Elizabeth “Betty” Robinson of Dowagiac. They eventually made their home in Burnsville, Minnesota in 1964. Kent enlisted in the Air Force out of High School where he spent his military years in Florida. Upon discharge, he accepted a job in flight operations at Northwest Airlines where he worked for 41 years. All those who knew him would say he always had a story to tell. He loved attending airshows and vintage car shows. Kent enjoyed the outdoors fishing with his family and spending time in his yard working on projects. He was always with Betty, and together they enjoyed getting away on their annual fishing trips to northern Minnesota where they enjoyed watching the Loons and Eagles.

Kent will again be with his bride, Elizabeth “Betty” Robinson. Kent is survived by his children, Mike (Stacey) Robinson and their children Sydney and Sofie, of West Fargo, North Dakota, Lisa (John Dybevik) Robinson, of Bloomington, Minnesota, and her children Allyson, of Montgomery, Minnesota, Justin (Emmalee), of New Prague Minnesota, Amber of Rochester, Minnesota, and Brandon, of Rochester, Minnesota. He was also blessed with three great-grandchildren Elizabeth, Morgan and Kolton. He was preceded in death by his sister and four brothers, Elaine (Jack Knight), AJ (Harriet) Robinson, Leon “PJ” (Mary Lou) Robinson, Ernest Robinson, and Gordon Robinson.

A private family memorial took place in Minnesota. A burial ceremony is planned for 1 p.m. May 6 at Crane Cemetery in Volinia. Memorial contributions may be made to the Wounded Warrior Project. Friends wishing to leave the family a message of condolence may do so at clarkch.com.