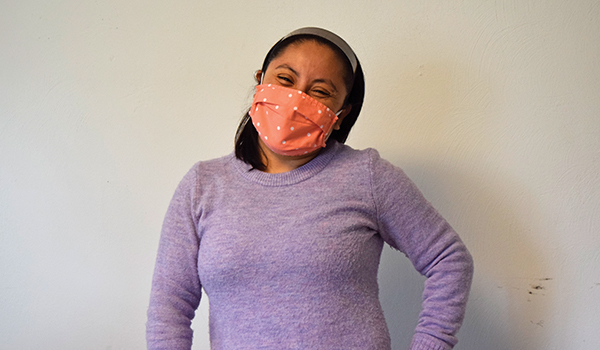 Statistics like these bring the need to raise awareness of sexual violence year-round, but especially through the month of April, to local organization Domestic and Sexual Abuse Services.

“I think it’s important to take a stand against sexual assault and victim-blaming,” said Krista DeBoer, executive director of DASAS. “These things need to change if we are going to make a difference.”

DeBoer is working throughout April to raise awareness for Sexual Assault Awareness Month with the organization she leads. A virtual 5K, including further messaging and awareness of resources DASAS provides to southwest Michigan is a part of that campaign.

DASAS services southwest Michigan in Cass, St. Joseph and Van Buren counties to bring awareness to the sometimes-alarming statistics about sexual assault, and to empower survivors with information, resources and advocacy in the area.

The sixth annual “Survivor Stomp” 5K is one of the ways the organization is fundraising and raising awareness to the nature of sexual assault across the nation and locally.

“People can run or walk, whenever they want anytime between now and April 30,” DeBoer said. “If they register, they will get a T-shirt, medal and swag bag.”

According to the DASAS website, those wishing to participate can register, pay a $25 registration fee, and then “run, walk or crawl” the distance on a course they feel comfortable on or on a treadmill. The event will use the “honor system” for timing, and organizers will publish completion times if they are submitted to the organization.

DeBoer said this is the second year the event has been virtual due to COVID-19 precautions and gathering mandates.

“We are hoping to be able to do more of our events in person when it is safe,” she said.

Throughout April for Sexual Assault Awareness Month, DeBoer said DASAS has been putting messaging online through its social media and on its website to shine a light on the topic it works on throughout the year.

DeBoer is concerned about what she sees as “rape culture” becoming more insidious. She mentioned high profile politicians being investigated for human trafficking, a viral TikTok video about “National Rape Day,” and Larry Nassar’s involvement with USA Gymnastics, from which he was convicted of rape as the former USA Gymnastics team doctor.

DeBoer said that while many tend to think of these types of high-profile cases when terms like “sexual assault” are brought up, it is often times much closer to home.
According to the nonprofit Rape, Abuse and Incest National Network, eight out of 10 rapes are committed by someone known to the survivor.

More information about the Survivor Stomp and DASAS’ services can be found at DASASMi.org. The website prominently features an “escape now” button for those who may not be in a safe environment to access the information. The latest episodes of DASAS’ podcast, “I’m Not in an Abusive Relationship,” are also available on the website.