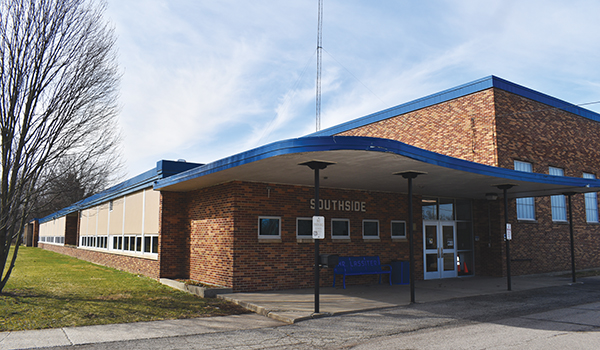 NILES — A Niles teacher accused of assaulting two students has pleaded not guilty.

Thursday, Southside School teacher Sara “Sally” Irons, of Niles, was arraigned on an assault and battery charge, a 93-day misdemeanor. In court, Irons, without her lawyer present, pleaded not guilty to the charge.

Irons was arrested March 15 after turning herself in to police.

According to a report released by the Niles Police Department, Irons, a special education teacher with more than 25 years in the Niles Community Schools district, is accused of assaulting a student on Jan. 12.

On the day of the alleged incident, Irons noticed a student with an unauthorized cellphone, according to the police report. Irons then pushed the student up against a shelf and wrapped herself around the student from behind, “almost like a bear hug.” During this time, Irons was attempting to “snatch” and “claw” the phone away from the student. Other staff members observed the incident and intervened.

The incident occurred at Southside School, 1450 Silverbrook St., Niles, which operates programs for low-incidence special needs students and students who are not achieving, primarily due to an inability to control their behavior.

School officials later told police that the training district teachers are given would not have called for physical restraint in the case of refusal to surrender personal property.

Irons was placed on administrative leave on Jan. 13. On Feb. 17, the student’s mother told police she wanted to pursue charges against Irons.

According to the police report, at the time of the Jan. 12 incident, school administrators were investigating two other incidents involving Irons and a different student. The first occurred Oct. 23, 2020, in the hallway of Southside School. The police report notes that the incident was caught on video but does not provide further details. The second incident occurred Oct. 30, 2020. A student alleged Irons pulled their ear inside a classroom. Though the incident was not caught on video, the student can be seen on surveillance footage on the day of the alleged incident walking out of a homeroom cupping their ear. A few hours later, Irons can be seen on footage talking to a fellow staff member “mimicking pulling herself by the back of the hair/nape and pulling her ear.”

When interviewed by administrators about the Oct. 30, 2020, incident, Irons denied it had happened.

Due to the not guilty plea, Irons’ case will now proceed to trial, with court appearances to be scheduled for a later date.

Previously, Irons had posted a bond of $500, which Judge Sterling Schrock continued. Irons is not to have any contact with the alleged victim or any witnesses.

BERRIEN COUNTY – Students around Berrien County left for spring break on April 2, and returned to classrooms with their... read more