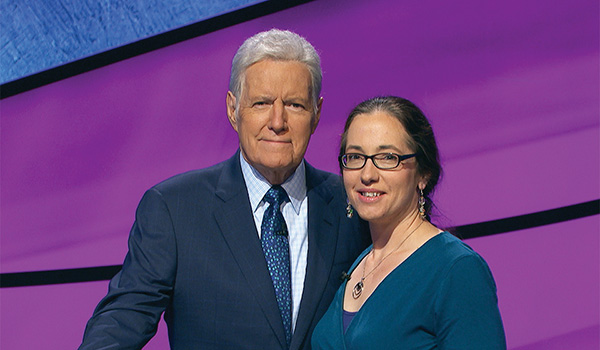 DOWAGIAC — A Dowagiac woman will once again be gracing the screens of Americans across the country.

Jennifer Quail, who moved to Dowagiac in 2009, will be competing in the “Jeopardy!” 2021 Tournament of Champions. She is one of 15 top competitors set to face off for the $250,000 grand prize, which will be matched and donated to the Hope of the Valley Trebek Center for the Homeless. The Trebek Center will assist up to 300 people per year with shelter, intensive case management, mental health services, job training and placement, substance abuse counseling, housing navigation, life skill training and medical care.

The tournament is set to take place May 17-28 and will be hosted by fan-favorite Buzzy Cohen.

The complete roster of contestants is as follows:

DOWAGIAC — A pair of Dowagiac businesses that opened during the early stages of the pandemic last year were finally... read more