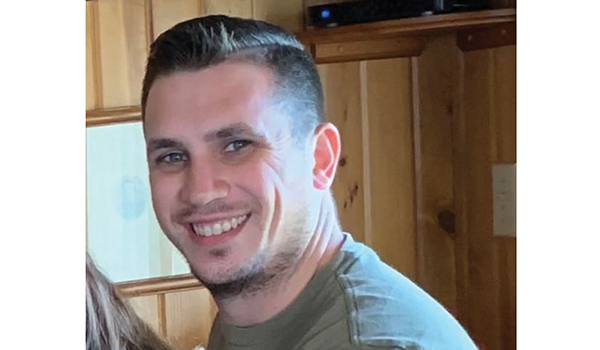 BERRIEN COUNTY – A Buchanan man has been named Berrien County’s Telecommunicator of the Year.

During the Berrien County Board of Commissioners’ meeting on Thursday morning, four 911 dispatchers were honored for their service.

Annually, 911 operators from the county emergency communications centers are invited to nominate their peers for consideration for the designation of 911 Telecommunicator of the Year.
These anonymized nominations are considered by representatives from the county’s 911 Advisory Committee. The presentation was made by Jack Fisher, executive director of Medic 1 Ambulance and chair of the Berrien County 911 Advisory Committee.

The award is presented during National 911 Public Safety Telecommunicators Week, which is annually recognized in April. 911 Telecommunicators are the call takers and dispatchers, known as the “first first responders” for their integral role in the response to an emergency call, providing pre-arrival instructions over the phone and mobilizing and coordinating the field response.

The award for Telecommunicator of the Year was presented to Berrien County Dispatcher Tyler Prenkert for his calm demeanor, control, intuition and ability to reason through complex multifaceted calls. Prenkert’s handling of a call last December for a house fire from a resident trapped inside was highlighted.

Prenkert was able to calm the caller and quickly determine viable options for the woman, who had limited mobility, providing instructions to her that helped aid in her surviving the fire.
“This call was just one excellent point in his overall performance, but one that should be recognized for a job well done as a well-rounded telecommunicator and representative of Berrien County that we are proud to have on staff,” wrote the staff member who nominated Prenkert.

Also recognized were nominees Niles Dispatcher Earl Shaffer for his willingness to go the extra mile for callers and his partners, and for his calm demeanor; Berrien County Supervisor Sarah Blurton for her knowledge, adaptability and going above and beyond for her teammates; and Berrien County Supervisor Cassidie Pointer for her attentiveness to her team and hands-on leadership.

“We have amazing, caring, hard-working 911 telecommunicators in Berrien County,” said Berrien County Public Safety Communication Center Director Caitlin Sampsell. “Celebrating them as individuals and their team effort is always one of the highlights of my year.”

DOWAGIAC — A Dowagiac man has been arrested for possession of meth. The Cass County Drug Enforcement Team announced that... read more