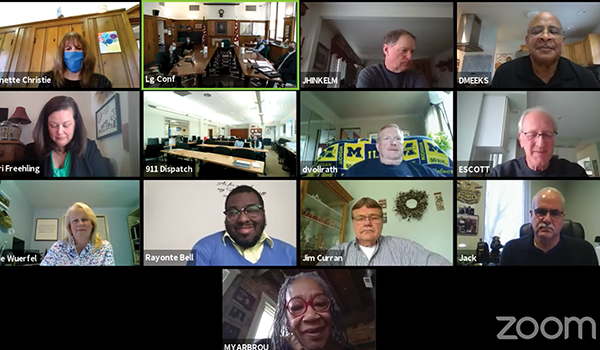 Jim Curran, chair of the Administration Committee, spoke about a meeting the committee had with Berrien County Chief Public Defender Paul Jancha.
“Annually, the public defenders’ office puts together a budget. That budget request is sent to the state for approval, and that’s how we fund the bulk of our public defender’s office,” Curran said.

Curran then introduced some of the changes being requested by the BCPD.

“When the Michigan Indigent Defense Commission created the MIDC in our public defender’s office, they had standards that the state set that they wanted compliance with and wanted [the county] to meet,” Curran said. “We have to date received our standards that we have been complying with.”

For fiscal year 2022, the state gave a fifth standard for the county to meet.

The reassignment will mean an increased workload for the office, which was addressed in a budget staffing request.

“To meet that added demand, [Jancha] would like to add two public defender positions, and reclassify the office manager to an office administrator to account for the added work, and to better clarify the work being done,” Curran said. “The second change [Jancha] is requesting is to add a social worker position.”

The public defender’s office currently has a single social worker on staff. A second would help support the office, said Curran.

Curran also reported that Jancha said the MIDC has set out guidelines for dealing with adult criminal activity.

“It’s been noted that there is time allocated from the public defenders’ staff to non-adult activity time, which would be family division, juvenile, child protective services, that type of thing,” Curran said.

Jancha had requested the county pick up a portion of the bill for those tasks and activities for the fiscal year 2022, to the amount of $9,720.27.

Grant funding is the bulk of what supports the public defender’s office, according to Curran.

BERRIEN COUNTY – A Buchanan man has been named Berrien County’s Telecommunicator of the Year. During the Berrien County Board... read more