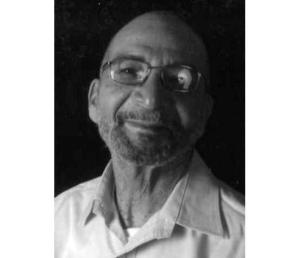 After Joe graduated from high school, he proudly served in the Marine Reserves. Upon returning, he met the love of his life in 1964 and was married for 55 years. Joe and Pearl were blessed with four beautiful children, Joseph Jr., Robert, John and Paula. Joe gave his life to Christ and became a Deacon at the House of Prayer and was a member of New Vision Life in Elkhart, Indiana. Joe retired from Gunite after 22 years. Joe enjoyed playing cards (pinochle) and chess with his friends. One of the other things he loved to do was barbeque. He was also an avid jogger, often jogging from Cassopolis to Vandalia and back. He could often be seen walking all over town as well. Joe had a sweet tooth and loved his sweets. When people asked him how he was doing, his response was “I’m still kicking, but not too high!” Joe was often referred to by different names, to his sons, he was just dad, to his wife, he was Joe, to his grandkids, he was Papa, to some he was Joe Gummie, to his daughter, he was known as Superman!

Joseph will be greatly missed by family and friends. He leaves to mourn his passing and continue his legacy his wife of fifty-five years, Pearl (Ballard) Hunt of Cassopolis; one daughter, Paula Hunt, of Cassopolis; one son, John Hunt, of Elkhart; four grandchildren, Micheal L. (Cathy) Hunt of Maryland, LaVante’ J. Hunt, of Elkhart, Alexis M. Hunt and Tyrese A. Hunt, both of Cassopolis; great granddaughter, Tessa Hunt and a great grandson on the way; four sisters, Dorothy Alford, of Indianapolis, Patricia (Eddie) Forrest, of Indianapolis, Sharon Doss, of South Bend, Deborah (Mark) Samuel of Anderson, Indiana; one brother, Douglas Hunt, of Auburn, Georgia; Godchildren, Carmalita Lawson, of Cassopolis, Catrinka Presley of Indianapolis, Paul Peake II, of Chicago, Illinois, Quasha White, of Georgia, Jammie White, of Cassopolis, Paul Peake, III, of Kalamazoo, Zyrah and Nathaniel White, both of Cassopolis; and a host of nieces, nephews and cousins.

Mr. Hunt’s remains will be laid to rest in Prospect Hill Cemetery in Cassopolis.