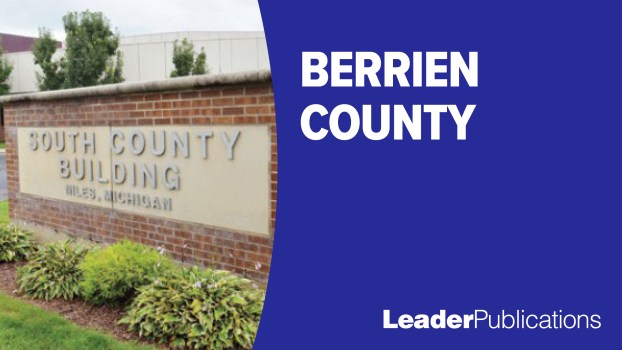 In Berrien County Court Monday, an Indiana resident was sentenced to probation for fleeing police.

Richard Romeo Hill, Jr., 29, of South Bend, pleaded guilty to fourth-degree fleeing and eluding police and was sentenced to two years’ probation in the Swift & Sure Probation Program, credit for 25 days already served and $598 in fines and costs.

The incident occurred Feb. 7 when he fled police trying to make a traffic stop in Niles Township.

This was an incident that started in Michigan, went into Indiana and caused a crash,” she said. “We ask for probation and jail as well.”

“He made a bad choice,” he said. “He was having some family difficulties and he saw the police behind him and tried to get away. He knows what he did was wrong and he takes responsibility. I don’t think you’ll see him back here again.”

Judge Schrock told Hill that he would not impose any additional jail time but wanted him to understand that there could be more jail time or even prison if he violates his probation and does not complete the Swift & Sure program.

“What you need to understand is that you have to follow the orders,” he said. “If you do not, every violation you appear before a judge for will be jail time, it’s just a question of how long. If you use up too many opportunities, it’s highly likely you will be sentenced to prison. It’s time for you to change your behavior.”

• Desmond Tutu Taylor, 31, of Niles, pleaded guilty to carrying a concealed weapon and was sentenced to 18 months’ probation, credit for two days served and $658 in fines and costs. The incident occurred Jan. 1 in Niles.

• George Lawrence Tovey, 29, of Eau Claire, pleaded guilty to fleeing and eluding police and attempted carrying a concealed weapon and was sentenced to two years probation, credit for two days served and $726 in fines and costs. The incident occurred Sept. 6, 2020, in Niles Township.

BENTON HARBOR — On Monday, Kinexus Group was named one of the 2021 Best Nonprofits To Work For in the... read more