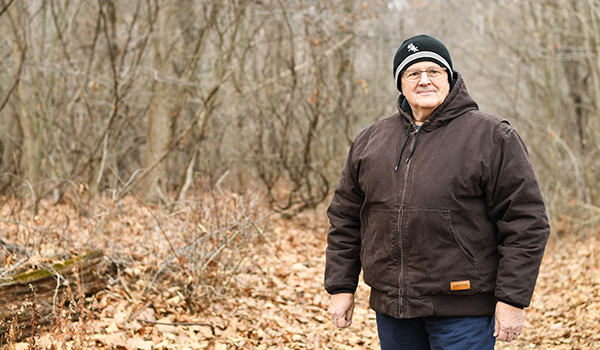 VANDALIA — A local park is offering southwest Michigan residents a chance to gaze at the night skies the way their ancestors once did.

While International Dark Sky Week officially extends to April 12, the park will be recognizing it through April 10 due to low resources and short staff.

The 820 acre nature park was designated an International Dark Sky Park in 2020 by the International Dark-Sky Association, making it one of only two located in the state of Michigan. The park’s grand opening ceremony was canceled due to the ongoing pandemic.

The International Dark-Sky Association works to protect the night skies for present and future generations by educating people about the adverse effects that artificial lighting has on the environment, safety, energy consumption and health.

“Light pollution is detrimental to the environment, especially migratory birds,” said Cass County Parks Board member and Dark-Sky advocate Robert Parrish. “Birds end up crashing into buildings and landing where they wouldn’t usually land. Studies have also shown that overexposure to light pollution can lead to an increase in breast and prostate cancer.”

Parrish said the presentations will be able to host just 20 guests due to social distancing guidelines, so presentation attendance will be first come, first served.

The park’s designation was special for Parrish, who pushed for the designation to honor his late father who inspired his interest in the stars.

“My dad learned things about the night sky when he was in the Navy,” he said. “He became friends with a pilot. In the early 1950s, pilots primarily navigated by the stars at night. His pilot would take interested folks out on the deck and teach them about the night sky. There was no light pollution out at sea, so the skies would be beautiful. I had an interest in astronomy due to the space race. When I was seven or eight, ‘Santa’ bought me a telescope. We would sit outside and gaze through it. He taught me the basic constellations. Looking at the skies were always good times spent with my dad.”

As for what can be seen at night during this time of year, Parrish said the Orion constellation will still be visible before disappearing for the spring and summer months. According to Parrish, galaxy season has arrived.

“Orion is more of a winter constellation,” he said. “We will see that in west-southwest sky. “There aren’t many nebulas this time of year but galaxies like the Andromeda and Pinwheel galaxies are prominent this time of year. As we move into summer months, there will be more to see, not just galaxies, but globular clusters and reflective nebula. The summer will be a great time to check out the night sky.”

More information regarding International Dark Sky Week can be found on the IDA website at darksky.org.