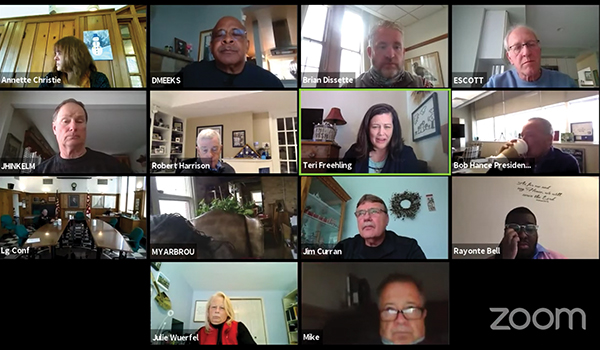 BERRIEN COUNTY – The Berrien County Board of Commissioners passed resolutions on Thursday to appoint a new parks and recreation director, to allow for a hiring of an additional nurse by the health department, a request to release state COVID-19 funds, as well as had a presentation by Midwest Energy and Communications.

The commissioners voted to appoint Jill Adams as the county’s parks and recreation director. The former director, Brian Bailey, has agreed to stay on part time to aid in the transition.

“[A] qualified nursing staff is critical to provide vaccinations as part of our ongoing pandemic response,” the resolution said. “The staffing changed proposed will allow for BCHHD to appropriately support COVID-19 related activities, particularly COVID-19 vaccinations and maintain departmental operations while funding exists.”

At least week’s meeting, commissioner Jim Curran said Arthur Havlicek, president and chief executive officer of the Southwest Michigan Regional Chamber, spoke to the commissioners about a resolution to release COVID-19 funding from the state.

Commissioner Julie Wuerfel spoke in more detail about the resolution commissioners voted to pass on Thursday.

“This is the funding, $5 billion, released last December under the previous administration. $3.5 million of that is still tied up in bills that have not made it all the way through,” Wuerfel said. “Shortly after our meeting last week, the governor [Gretchen Whitmer] vetoed the bill again, so we had to make a few modifications to [the resolution] in our committee meeting yesterday.”

Wuerfel said they would like to see the legislature and governor work together to get things passed and get the money to businesses.

“Despite bipartisan support for the small business relief proposals, the governor line-item vetoed all $555 million, citing ‘key points of difference’ between her administration and the state legislature,” the resolution said. “These proposals were promptly repackaged into subsequent legislation and sent back to the governor’s desk. On Friday, March 26, these proposals were vetoed by Gov. Whitmer for a second time.”

The resolution states that Michigan is due to receive another $10 billion from the American Rescue Plan Act.

“If there is one thing state leaders should agree on, it is getting help to the struggling small businesses in our state,” the resolution said. “It is imperative these funds be disbursed to job providers who are still fighting for solvency and survival. Passing state budgets are a shared responsibility between both branches and both political parties.”

At the beginning of the meeting, Bob Hance, president and chief executive officer of Midwest Energy and Communications, gave a presentation to the commissioners.

Over the coming years, Midwest Energy and Communications will receive parts of the money it will take to build about 220 miles of fiber optics in Berrien County.

“In Berrien County’s case, we only received $2 million of RDOF money to build over that $7 million dollars’ worth of [connectivity],” Hance said.

Across the lower peninsula, the company will be building 3,400 miles of fiber optics assets to help connect people to the internet in rural areas of the state.

Hance said the company’s projection is to build about 800 miles of connectivity per year. Berrien County will be its first build.

“Portions may get started this year, but the majority will likely be built in 2022,” Hance said.