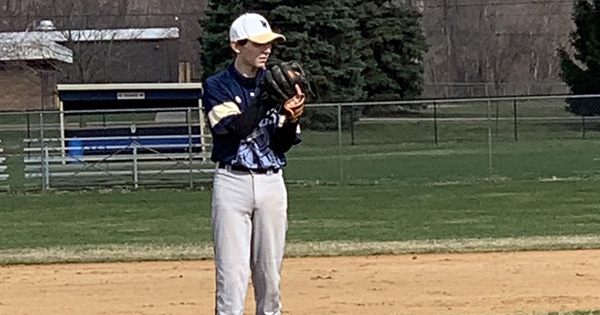 NILES — The Niles baseball and softball teams opened up the 2021 season with wins over visiting Paw Paw on Tuesday.

The Niles baseball team defeated the Red Wolves 10-0 as Chase Lotsbaich and Drew Racht combined on a three-hitter.

The Vikings had six hits in the contest, including a double by Jude Abbadessa.

The Niles softball team swept a non-league doubleheader from Paw Paw, winning 6-2 and 10-5.

In the opener, Mya Sysen tossed a three-hitter.

Bailey Bickel, Chloe Hargreaves and Sysen all doubled for the Vikings, who finished with 10 hits.

In the nightcap, Sysen picked up the victory as well.

Alexis Rauch homered for Niles, which also got doubles from Hargreaves, Sysen and Emerson Gerrard. The Vikings had eight hits in the second game.

Buchanan opened its season on Monday with a sweep of host Hartford.

The Bucks took the opener 11-1, and then completed the sweep with a 9-1 win in the nightcap.

Hailee Kara tossed a three-hitter in winning the first game for Buchanan.

The Bucks banged out 17 hits, including a pair of home runs by Kara. Alyvia Hickok added a pair of triples, while Sophia Lozmack doubled.

Buchanan continued to play long ball in the nightcap as Kara hit two more home runs, and Hickok tripled. Lozmack and Lexi Herman both doubled for the Bucks, who finished with 12 hits.