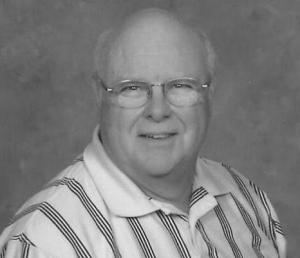 Larry was born on July 7, 1942, to the late Alta James and Lucretia Illene (Hipskind) Merrill in Eau Claire, Michigan. He graduated from Niles High School and enlisted in the U.S. Army. He later worked for Tyler’s Refrigeration and retired from there. Not being one to sit idle Larry then went to work for FabCo where he stayed for many years until he retired for a second time.

In June of 2012, Larry wed Cathy (Ladonski) in Niles. Together they enjoyed many adventures; Larry loved to camp, go to the races, and play pull tabs at the Moose Lodge. Larry was a longtime member of Buchanan Moose Lodge #449; he had a special place in his heart for their mission, the friends he made there, and his Friday lunches with fellow members. He was also a current member of the American Legion and a past member of the Eagles and VFW.

After Larry retired from FabCo. he found, once again, that retirement wasn’t for him and he went back to work; Larry truly enjoyed working and providing for his family. One of his greatest joys was being a grandpa. His grandchildren knew if anything was broken grandpa would fix it, grandpa would provide unconditional love, and he was the best at playing Santa.

He was preceded in death by his parents, Alta Merrill and Lucretia Collins; great-grandson, Greyson Kuzmits; brother, Erwin Merrill; and sister, Janice Gillette.

In keeping with Larry’s wishes, he has been cremated and his family will be holding a memorial gathering at the Buchanan Moose Lodge #449 on Saturday, April 10, 2021, from 1 until 5 p.m. with full military honors at 2 p.m.