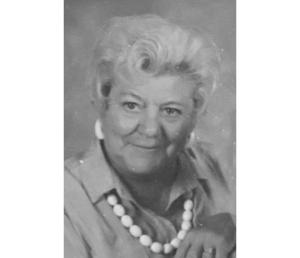 Born in Chicago, Illinois on Dec. 23, 1920, Dorothy was the daughter of August and Christine (Baumann) Landeck. She would attend St. Rita’s Catholic High School before transferring to Niles High School in Niles, for her junior year. She would graduate from Niles High School with the class of 1939. But while in school, she grew very fond of a young boy, Marvin A. Kraft.

On June 6, 1942, in Niles, Dorothy and Marvin were married. While Marvin was serving in World War II, Dorothy worked for National Standard in Niles. During their life together, the family lived in Union City, Mich., for 11 years, Battle Creek, Michigan, for a year, Niles, Michigan for 13 years, New Castle, Indiana for two years, and finally moving to Plymouth in 1971. Her father played in the minor league for the Chicago White Sox, and through his passion Dorothy developed a love for the White Sox and the game. She was on a softball team that won the State of Michigan Softball Championship in 1948, while living in Union City. When they would return to Niles until 1969, she became the manager of the men’s department at Parmalees Clothing Store. During their second time living in Niles, she became the women’s golf club champion at Plym Park Golf Course in 1963.

She loved to dance, cook, play cards, golfing, mahjong and enjoyed an ice-cold bottle of Miller High Life all the way to age 98. Dorothy was an avid bowler, with 602 being her highest game, until her daughter Patty beat her score.

A very organized and very social person, Dorothy became involved in various activities. As a member of St. Michael Catholic Church in Plymouth, she worked on various fundraisers such as the cookbooks, and was a greeter. She was a member of the Plymouth County Club since 1971, having served on many committees, helped with various golf tournaments, and organized many card nights. She was the Queen Mum of the Red Hats Society and did service work for the Boys & Girls Club in Plymouth.

Dorothy and Marvin wintered in Bonita Springs, Florida for many years and happily enjoyed their summer months at their home on Pretty Lake Trail. While in Florida and well into her 80s, Dorothy worked part-time at a bakery.

Dorothy was preceded in death by her husband Marvin on July 24, 2002, her parents and her brother, George Landeck.

A celebration of life will be held this summer at the Plymouth Country Club in Plymouth.

Memorial contributions can be made to St. Michael Catholic Church, 612 N. Walnut Street, Plymouth, IN 46563.

PLEASE NOTE: Mask requirement is subject to the Plymouth Country Club and will be updated when date is chosen.

Condolences may be sent to the family through the website: johnson-danielson.com.