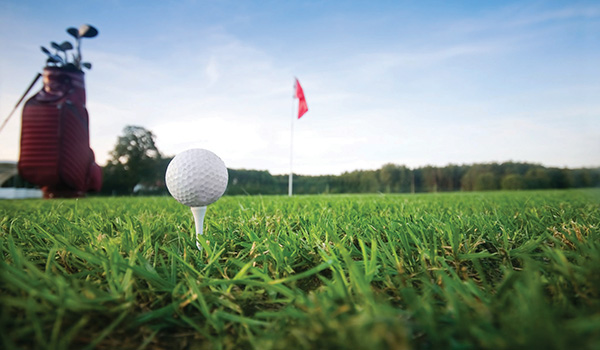 DOWAGIAC — A local organization is looking to bring community members together, one fairway at a time.

The Cass County Council on Aging is in the process of creating a co-ed golf league for both COA and community members alike.

“The COA welcomes all senior golfers who find enjoyment in the game of golf and would like to meet other senior golfers,” said the COA in a Facebook post. “We will strive to have fun, meet new friends and play competitively for prizes in a socially companionable environment without being highly competitive.”

According to COA director of community development Kelli Casey, the goal of the COA Coed Senior Golf League is to promote the enjoyment of the game of golf by senior golfers and create a fellowship among its members through organized weekly play.

“We had some regular customers come in and talk about wanting to be in a golf league but didn’t have a partner,” she said. “We thought about starting one last year. We’re just putting feelers out there to see if there is interest to do something like this.”

The proposed league would have weekly games that are all based on net scores using league-specific handicaps based on league scores only. Casey said the proposed league is still in early planning stages, with no timetable currently in place.

The organization is open to suggestions of possible Cass County courses to play on or having a traveling league that plays several courses throughout the season.

“Our first question was are people interested in playing at the same course every week or would they be interested in a travel league playing at different courses across Cass County,” Casey said. “Would they like to play in the morning or evening? Those are some of the things we are evaluating right now.”

The COA announced its plans for a potential league last week, and according to Casey, the interest is there.

“The same day we posted about it, a part-time employee mentioned they would be interested in it,” she said. “We’ve received positive feedback, and we’re hoping to move forward with it. Maybe it starts with just three or four teams of people looking for some outdoor fun?”

With the ongoing COVID-19 pandemic limiting social activities for more than a year, a golf league would allow participants to enjoy the outdoors and meet new people. The COA is reaching out to community members in hopes of finding enough participants to fill this new league. While the league is geared toward seniors, there is no age requirement.

“They wouldn’t have to be COA members,” Casey said. “At first, we thought about limiting it to seniors, but then we thought someone might want to play with their daughter-in-law or grandkids. There won’t be an age requirement. We see this as a safe, casual outdoor environment as opposed to a traditional, competitive league.”

The announcement of a proposed league is the latest project from the COA, which reopened its Cassopolis and Dowagiac locations to the public on March 1, along with some of its programs and services that have been temporarily shut down since mid-November.

“It’s been great,” Casey said. “It’s great to see new people discovering us and what we’re all about and to see our regular customers coming back in. Our fitness rooms open by appointment only and allow just two users at a time. The cafes have been busier at lunchtime. The community realizes we’re open now, and it has been great to see.”

Casey said the organization re-evaluates the situation every month to determine if adjustments need to be made. According to Casey, bingo will be making its much-anticipated return in April. “It’s a pretty popular event here,” she said. “We’re happy to welcome those people back.”

NILES – The Michigan State Police Niles Post is asking for the public’s help to identify a man and woman... read more