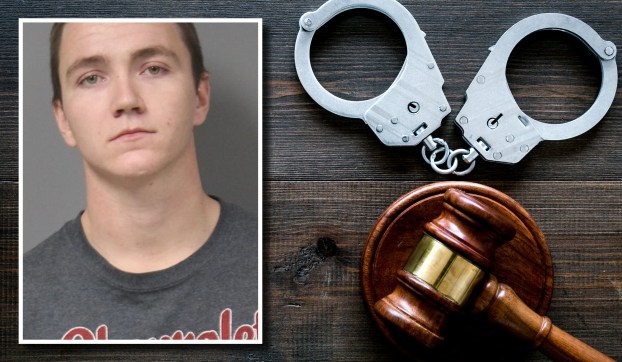 Buchanan man will serve prison for crash that paralyzed woman

NILES – A Buchanan man who caused an accident on M-139 north of Niles last October was sentenced to prison Monday in Berrien County Trial Court.

Jessie James Maurer, 23, of Buchanan, pleaded guilty to three counts of operating while intoxicated causing serious injury and was sentenced to three concurrent terms of 16 months to five years in prison. He has credit for 92 days already served and must pay $198 in fines and costs.

The incident occurred Oct. 28, 2020 at the intersection of M-139 (Old U.S. 31) and Ullery Road in Niles Township north of Niles. A car driven by Cheryl Capiak was rear ended by Maurer’s car at the intersection. Capiak and two other occupants of her car including a young child were injured. Another child in the car was uninjured.

Both vehicles, Maurer’s Chevrolet Blazer and Capiak’s Ford Focus, were traveling south on M-139 when Maurer’s car hit Capiak’s which was stopped waiting for another car to turn left onto Ullery.

Monday, Cheryl Capiak and her daughter, Catherine Capiak, spoke before the sentencing. The child injured in the crash was Cheryl Capiak’s granddaughter and the younger Capiak’s niece. The child suffered two broken legs in the accident and Cheryl Capiak was paralyzed and requires around the clock home health care.

“This has affected my entire life,” Cheryl Capiak said. “I was the caregiver to my grandchildren and to my daughter. I am no longer able to run the household, take my grandchildren to school or go for groceries. I’m in a wheelchair and my inability to be mobile has put a huge strain on the family.”

“I deal daily with the psychological trauma,” she added. “It hurts my heart to see my family struggling. I’m not able to be active with my grandchildren, it gave me such joy to chase them and play with them. I can’t go visit my mom or my aunt because their houses aren’t accessible to me in a wheelchair.”

“We used to go to Disney World for vacation and also camping and fishing,” she said. “I can’t do that anymore. I’m worried sick anytime a loved one gets in a car. There’s no mental escape for me, my life has changed in such a profound way. It’s not just my body that is paralyzed, my heart is paralyzed with grief and sadness.”

Catherine Capiak said she is disabled and that her mother had been her caregiver. She said the aftermath of the accident has been very hard for her and the whole family. She said she’s literally terrified of another car hitting her car when she’s out and noted that her young niece always asks why someone hit them when they drive by the site of the accident.

Maurer said he was “deeply and truly sorry” for his actions. “The harm I caused was never intentional,” he said. “When I heard about their injuries, I was sick to my stomach. I still feel shame, I think of my own grandmother and how I would feel if something happened to her.”

“I couldn’t feel more ashamed of my actions,” he added. “I pray every day that they make a full recovery and are able to continue on with their lives. I want to apologize to everybody for my careless actions. I’m very, very sorry for what I’ve done. I hope you can find it in your hearts to realize I didn’t do this on purpose, it wasn’t intentional. I would never do anything like that to anyone.”

Maurer’s previous record includes a probation term in 2015 when he and two others were charged in connection with the vandalism of the history mural along the McCoy’s Creek Trail in Buchanan. He was a juvenile at the time but was charged and sentenced as an adult for malicious destruction of a building more than $200 and less than $1,000.

In another sentencing Monday, a Niles man was sentenced for domestic violence and resisting and obstructing police.

James Walter Darby, 69, of Sunrise Lane in Niles, pleaded guilty to second offense domestic violence and resisting and obstructing police and was sentenced to two years probation, 80 days in jail with credit for 50 days served and $648 in fines and costs. He must complete the Tri-Cap and Swift & Sure probation programs.

The incident occurred Feb. 8 in Niles when he assaulted both a female victim and police who responded to the scene.

“What you need to understand is that regardless of your physical circumstances and age, you’ll very likely end up in prison if you don’t successfully complete two years of probation,” Berrien County Trial Judge Sterling Schrock said.

“The situation was of your own doing,” the judge added. “You chose to drink and lose control. The police wouldn’t have been there to arrest you if you hadn’t acted out.”

POKAGON TOWNSHIP — A local church nestled in Pokagon Township played host to the debut one of the world’s most... read more