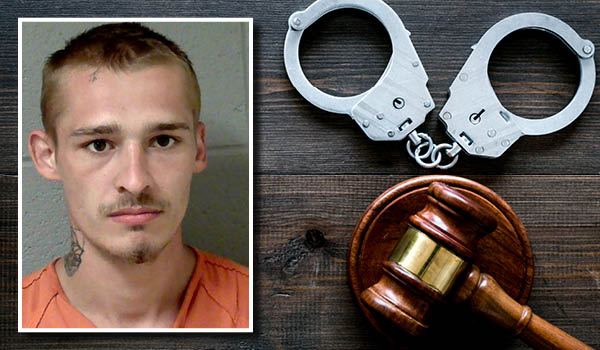 CASSOPOLIS – A Niles man who assaulted a woman and was in possession of drugs and weapons last summer is going to prison after being sentenced Friday in Cass County Circuit Court.

Dustin Dean McNeil, 24, of Maple Street in Niles, pleaded guilty to six felonies and was sentenced to a total of four years in prison. He has credit for 224 days already served and must pay fines and costs of $2,518.

The unlawful imprisonment, felonious assault, possession of a firearm by a felon and the felony firearm incident occurred July 6, in Howard Township near Niles. The possession of meth and carrying a concealed weapon charge occurred Aug. 14, on Spruce Street in Dowagiac.

Cass County Circuit Judge Mark Herman called McNeil’s actions in the July 6 incident “appalling.” In that case, he found a woman asleep in a storage unit in Howard Township, punched her 20 times and forced her to drive to the Four Winds Casino in Dowagiac. She was able to get away from him, and police observed bruises on the upper part of her body.

“You’re only 24 years old and you now have six felony and seven misdemeanor convictions,” Judge Herman said. “You have only a ninth grade education and one child who you are not supporting. You’ve been using meth since you were 15 and you’ve only worked a year and a half since 2015.”

“If you don’t change your ways, you can plan to spend more time behind bars,” the judge added. “This is totally unacceptable. Don’t even think that you have a right to punch and throw someone out on the pavement. To actually feel like you have a right to do that is
appalling.”

“I’m required to send you to prison, and I hope you get anger management,” he said. “If you want to change your ways, you need to get an education and make some changes in your life. The recommendation is appropriate, this is the first time you’re being sent to prison and I hope you learn from it.”