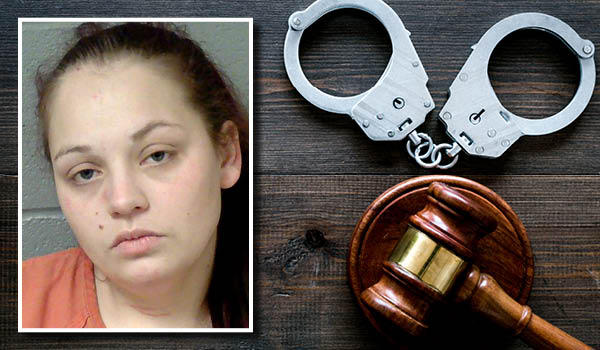 Cassopolis woman gets jail for using drugs on probation

CASSOPOLIS — A Cassopolis woman who has continued to use drugs and alcohol while on probation will be spending more time in jail after being sentenced Friday in Cass County Circuit Court.

Courtney Jo-Nicole White, 31, of South O’Keefe Street in Cassopolis, pleaded guilty to violating the terms of her probation from an April 17, 2020 possession of methamphetamine sentence and was sentenced Friday to 180 days in jail with credit for 64 days already served. Her probation was revoked.

White was out on bond during the sentencing and was ordered to report to the Cass County Jail later Friday to start serving her sentence. Sentencings were once again conducted via Zoom and available on the court’s YouTube page.

The original sentence stemmed from a November 2019 incident in Cassopolis when police found drugs and drug paraphernalia at her home.

Her probation agent reported that White has tested positive for alcohol, meth and marijuana numerous times. She had initially entered the family treatment court but was terminated from that program after testing positive for drugs. She has since undergone outpatient treatment.

“It’s kind of sad, that at around 30 years of age, she’s made a mess of her life,” Cass County Prosecutor Victor Fitz said. “She’s had a lot of drug activity and not enough motivation to straighten her life out … She needs to get her life back to where she’s not using drugs and her life will be better. She has 50 to 60 years of life left and it can be good or bad.”

Defense attorney Greg Feldman said the biggest issue for White is her upcoming family court case where her parental rights could be terminated for her four children. He said White currently has a job and asked for time served “given everything else facing her right now.”

“You’ve tested positive 25 times, I know there have been some positions on your part that you disputed some of those tests,” Judge Herman said. “I just don’t know what else we can do with you. You have four children, and you want to be there for them, but I don’t know how you can if you don’t get healthy first.”

Jacob Alan Juday, 26, formerly of Niles and now of Sturgis, pleaded guilty to possession of analogues and was given credit for 67 days served and $1,548 in fines and costs. The incident occurred Jan. 1, 2016 near Niles. He has served a prison term since this incident.

Robert Dakota Kisandi, 29, of White Pigeon, was sentenced to 40 months to 20 years in prison for larceny over $20,000 as a habitual offender. He has credit for 163 days already served and the prison term is concurrent with one he is already serving from a related incident in St. Joseph County last June.

James Thomas Teague, 47, of Schoolcraft, pleaded guilty to violating his probation from a November, 2019 sentence and had his probation continued. He received no more jail time.

DOWAGIAC — Members of the Dowagiac Rotary Club were treated to a lesson in agriculture Thursday during their weekly meeting.... read more