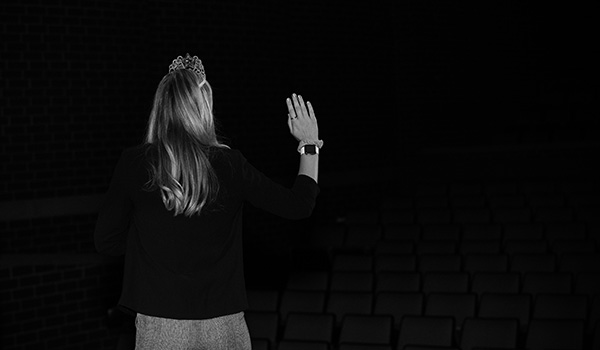 Miss Dowagiac Lynsie Stolpe and her Court of Honor will return to the stage in 2022, when Dowagiac’s 82nd queen is crowned. (Photo Courtesy of Blueprint Photography)

DOWAGIAC — One of the Dowagiac community’s most time-honored traditions, the Miss Dowagiac Scholarship Pageant, will not take place this year due to the pandemic.

While the scholarship pageant is typically hosted during the first quarter of the year, organizers had hoped to postpone the pageant until the fall of this year. However, state mandates for continued social distancing do not allow for the use of the Performing Arts Center to the capacity that is required to host the event, officials said.

Tracy Urbanski, pageant director, said much thought went into their decision, which was also based upon input from the Greater Dowagiac Chamber of Commerce.  “It is with a heavy heart that we are making this announcement,” Urbanski said.

“We are sad that young women of the Class of 2021 will be not able to experience this tradition, nor qualify for educational scholarships that are presented each year to members of our Court of Honor,” she said.

The 2021 event would have been Dowagiac’s 82nd pageant. Beginning in 1930 with the crowning of Velma Lason as this community’s first Miss Dowagiac, it was only during World War II that it had not taken place.

In recent years, the pageant became a scholarship event with greater emphasis on empowering young women and encouraging their continuing education.  The 2020 pageant presented $9,000 in educational scholarships.

Pageant officials earlier announced Miss Dowagiac 2020 Lynsie Stolpe and her Court of Honor will make their final public appearance at this Saturday’s Easter Eggstravaganza, which takes place from 10:30 to noon on Beeson Street. The 2020 Court of Honor will return in 2022 when the pageant steps back onto stage.

SOUTHWEST MICHIGAN — As of Wednesday, Berrien County reported 11,365 COVID-19 cases and 230 deaths, according to the Michigan Department... read more