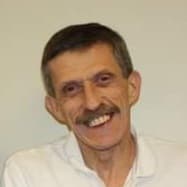 David Lynn Finney, of Battle Creek, Michigan, passed away on March 6, 2021, after an extended illness.

David was born David Lynn Kidney on April 3, 1954, in Battle Creek to Alice Barbara (Suzie) Kidney, and was raised by his aunt and uncle, Heman and Alice Finney, from the time he was 3 days old.

David attended Battle Creek Public Schools through the 11th grade; in 1992, he returned to high school and received his high school diploma from Edwardsburg High School.

David attended Southwestern Michigan College in Dowagiac, and in May 1992, was certified as an emergency medical technician by the Michigan Department of Health. David was also certified in hazardous material awareness and operations by the Michigan State Police.

Later in life, David returned to school and obtained an associate’s degree and certificates in PC support technician and help desk from Kalamazoo Valley Community College

David volunteered for the Edwardsburg Ambulance Service in Edwardsburg, American Association of Retired Persons through their Volunteer Income Tax Assistance program, the Edwardsburg Band Boosters, and the American Red Cross.

David was retired but held a number of manufacturing positions in Battle Creek and the Edwardsburg/Elkhart, Indiana area. He also worked for the Cassopolis Area Ambulance.

David was an avid fan of the Ohio State Buckeyes and the Cleveland Browns, and was also a fan of NASCAR legend Rusty Wallace.

In 1978, David married Terressa L. Dillard, which ended in divorce; in 1983, he married Claudia M. Vincent (Vester) that marriage lasted 12 years. In 2000, David remarried Terressa L. Finney, and states that she is the love of his life, and continues to declare his love for her.

His parents, Heman and Alice Finney, his brothers, Ronald L. Finney and Charles D. Finney, of Battle Creek; as well as a number of aunts of uncles preceded David in death.

David has been cremated and the family will be having a memorial at a later date.